To commemorate the Romani uprising in the Auschwitz concentration camp on 16th May 1944, on Romani Resistance Day, the European Roma Institute for Arts and Culture (ERIAC) has announced the winners of an international caricature competition for Roma visual artists, graphic designers and cartoonists.

A jury of two Romani journalists and one Romani visual artist decided that the competition should be jointly won by Romani artists Ilona Makhotina, Kristián Horváth and Juan Andres Amaya Torres. Their winning entries are below: 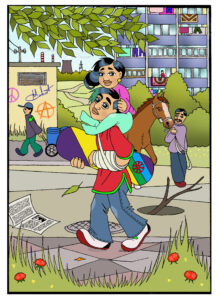 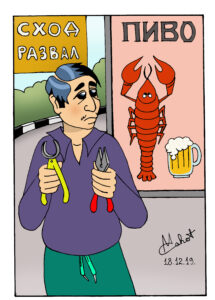 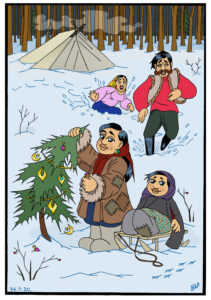 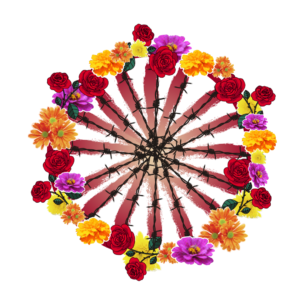 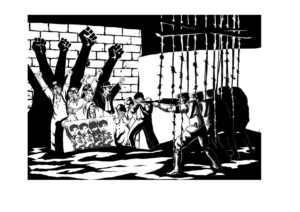 “Kristian’s piece is very strong, depicting a symbolism of strength. His pieces show how our strength comes from our past, and this is what unites us.”

“Ilona’s work represents the real life of Roma people without exoticisation. Her work is young, contemporary, very moving and refreshing.”

“Juan’s piece provides a very complex narrative: he used a plurality of experiences in one image (e.g., the BLM movement, the Holocaust), many references within one work. He has depicted the violence against Roma people.”

“Ilona’s work is playful, colourful and raw, but at the same time not exoticising. It portrays how Russian Roma lived through horrible cold winters in tents, which is a sign of enormous strength.”

“Juan’s work represents liberation and uprising. This work is created within a tradition and in reference to Spanish art history (e.g., Picasso, Goya), and it reveals Juan’s own identity of being both Roma and Spanish at the same time.”

“Kristian’s work displays ambiguity: on the one hand, it depicts the colourful wheel and flowers, and on the other hand, negative emotions, and exclusion through the symbolism of barbed wire. These pieces demonstrate how one’s own identity can also be oppressive in its own way.”

“This competition brought together artists from many different places (Russia, the Czech Republic, Spain, Hungary etc.), who jointly comment on the events which are connected to the collective consciousness of all of us. In a very straightforward way, they all comment on oppression. In the purist artistic form, they have all depicted very complex historical events.”

Ilona Makhotina sent us her reaction to winning:

Juan Andres Amaya Torres sent us his reaction to winning:

Kristián Horváth sent us his reaction to winning:

Each winner will receive a 300 EUR prize and their work will be exhibited in an online exhibition. 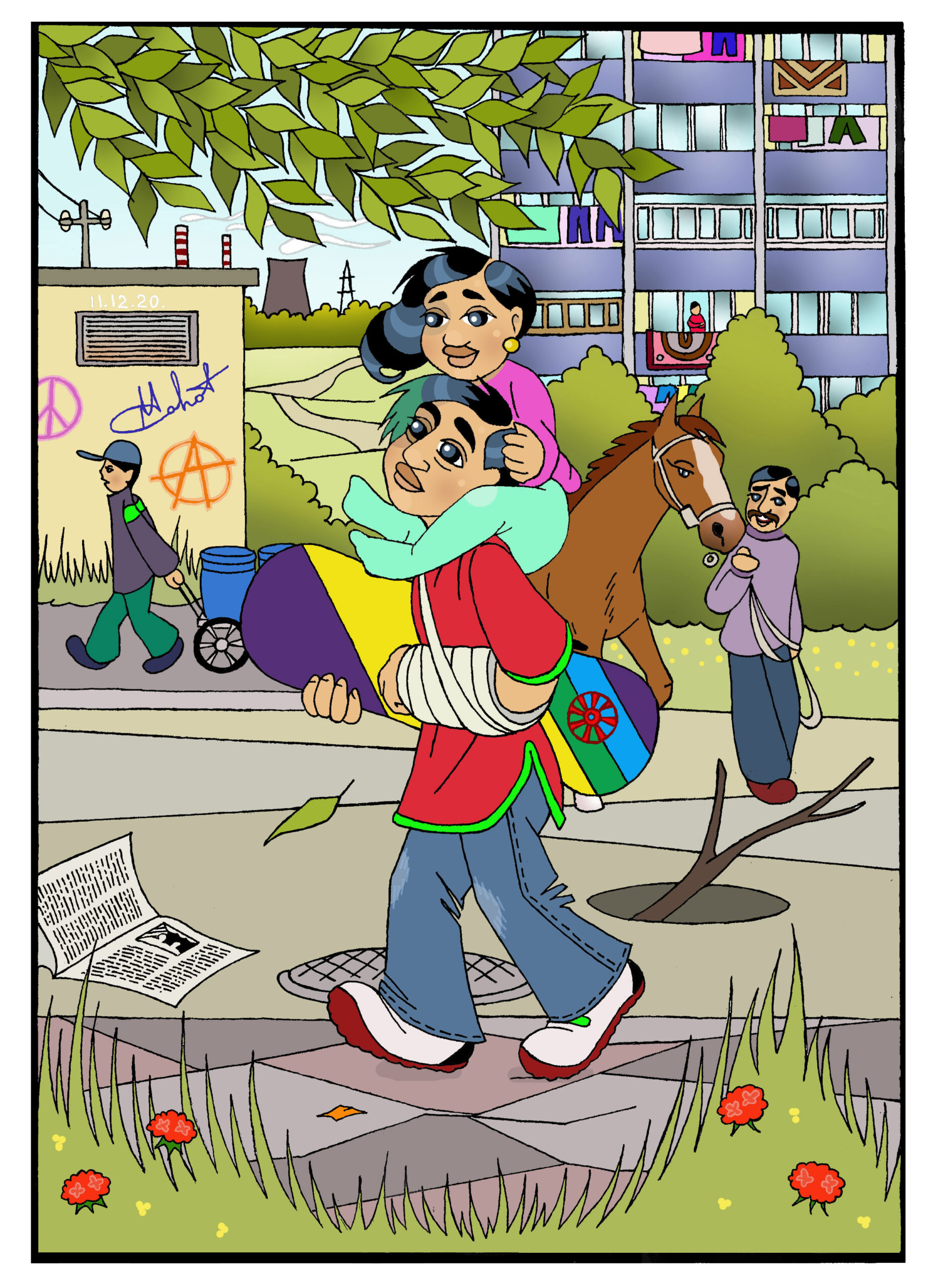