Let me be frank. If you enter the word Gypsy into most British local council websites, it will appear somewhere between Fly-tipping and Household Waste. In most cases, the information that follows will define and characterise my community as an environmental menace. In the minds of many, we as a community are defined not as a race of people, but as a blight on the landscape. From planning appeals to unauthorised encampments, Gypsies and Travellers are routinely regarded as dirty and out of place in our countryside. But the countless Romany Roads and Tinkers Lanes found on maps hint at a different reality. Come with me, if you will, on a journey to a different way of looking at us.

Travelling is a part of our identity, whether we’re currently nomadic or not. And each spring, as daffodils bloom and primroses explode, the Gypsies and Travellers still keen to follow the ways of our ancestors hit the road. At roughly the same time in an election year, rosette-wearing politicians start pounding pavements and knocking on doors. The two groups rarely meet, but in recent months they have collided. The main attack has come in the form of Home Secretary Priti Patel’s Police, Crime, Sentencing and Courts Bill, which not only has profound implications for environmental protest but will also totally criminalise Gypsy, Roma and Traveller (GRT) culture. Our culture is one that already faces multiple challenges.

Legal stopping places are the foundation from which both travelling and access to mainstream services such as health and education spring. But a dramatic lack of such sites forces thousands of families to live at the side of the road, prompting conflict between GRT communities and local councils and communities. Tougher eviction powers, fines, imprisonment and the confiscation of Gypsy and Traveller caravans – as proposed in the new Bill – are not appropriate solutions. And 100,000 of us, including police force members and GRT community members ourselves, object to the new law. If you feel the same, you can write to your own MP.

One of the families forced to live at the side of the road is that of Gerry Connors, who was parked up on Hastings seafront when I caught up with him in early April.

Within 48 hours of making this video, Gerry’s 40-strong community, with special needs children and a recent stroke survivor among them, were evicted three times. The laws that lock them into a constant cycle of trespass and eviction are already draconian, but they would prefer the evictions to being split up and scattered in housing, where isolation and mental health problems have resulted in a suicide epidemic.

As someone who stood as a parliamentary candidate for the Green Party in 2015 and started the environmental direct action movement Earth First! in 1991, I find the defining of my community as an environmental hazard deeply offensive. I know that just as most of us aren’t criminals or thugs, the vast majority of us never fly tip, and our homes are often fanatically clean. We see nature as something we are intimately connected to, whether that’s as a place to forage or hunt, or a place to seek sanctuary. When we park up on roadside verges or commons or live on our own lands, we are simply re-asserting our rightful place in the British landscape; a landscape we shaped as agricultural labourers over the last 500 years and defended as soldiers in Britain’s wars.

What’s more, the CO2 footprint of a caravan is far smaller than that of a house and our involvement in the scrap metal trade has made us huge recyclers. Our community is closer in many ways to indigenous people that are also the earth’s guardians, but we exist in the here and now of Britain in 2021 rather than in the Amazon or Arctic.

A threat to our freedoms

Embracing social and biological diversity means embracing difference. For some communities that’s a different faith, for us it’s a difference in lifestyle. Gypsies, Roma and Travellers are all recognised ethnic groups under race relations law, and they are also groups for whom a tradition of nomadic family life is a key non-negotiable part of our identity.

If Priti Patel succeeds in redefining trespass as a criminal act she will have fundamentally altered our right, and the right of all British people, to access and defend the landscape. She proposes to make the use of just one vehicle parked on land not owned by the occupant a criminal act that could lead to fines, imprisonment and confiscation of a vehicle that may well be someone’s home. We are, you see, the canary in the coal mine of liberty. If our culture is stamped out, then your freedoms are just one step behind, as evidenced by other parts of the bill.

8 April 2021 marked exactly 50 years since Romany activists from across Europe gathered in London to give their transnational nation a flag, anthem, and political direction. 50 years later, many of the lives of Europe’s 12 million Romany people are still blighted by racism, misperceptions, hatred and the denial that we are even a people at all.

In what is our golden anniversary year, it’s high time all people who value diversity started understanding these issues. A country that has no room for the liberty of its Gypsies is not a free country at all. We have long been on your journey with you; we now need you on our journey with us. Together, we must defeat the Police, Crime, Sentencing and Courts Bill.

To sign up to be a Gypsy, Traveller or Roma ally please visit proudroma.org and see travellerstimes.org.uk 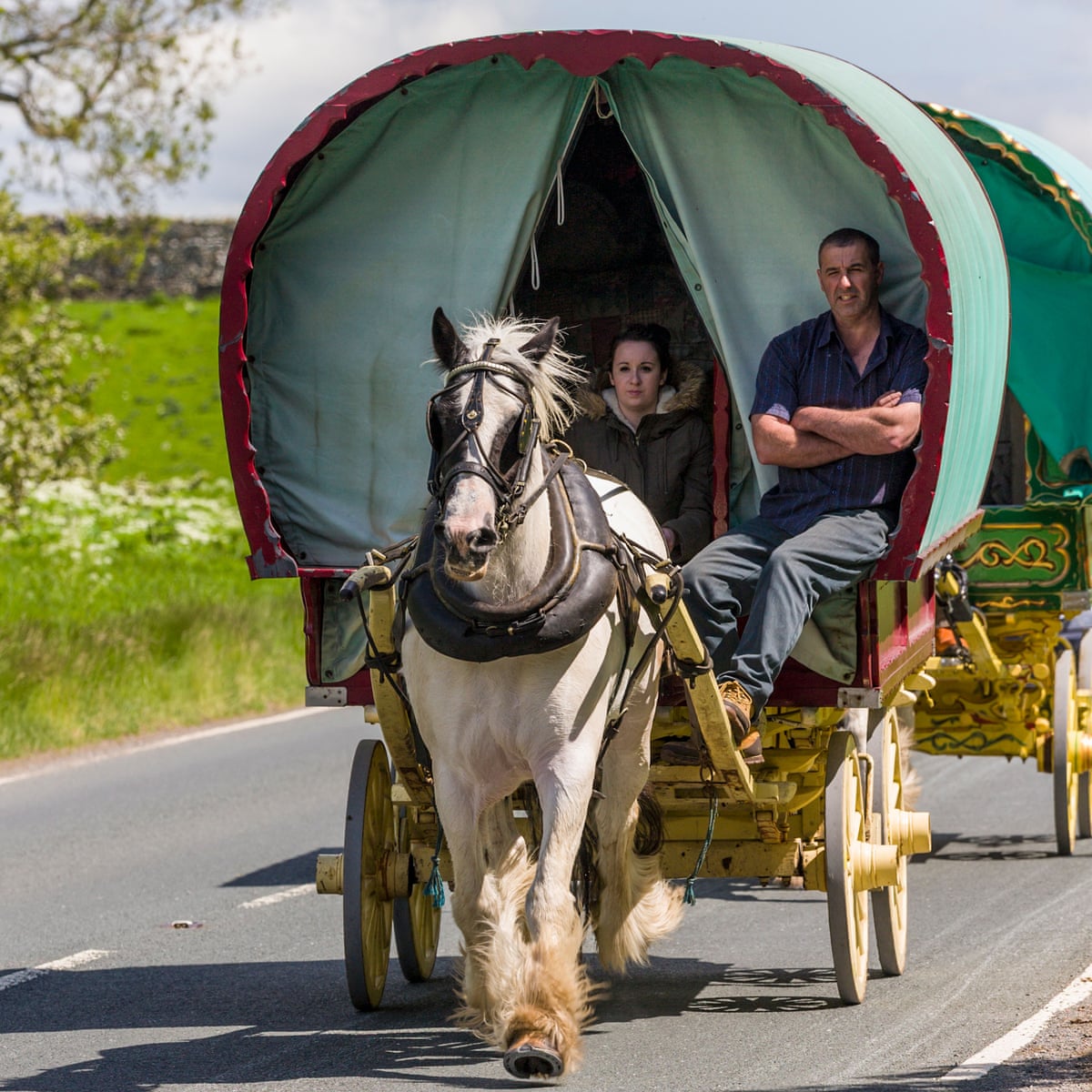