We are thrilled to premiere the short film ‘Proud Roma’ written and directed by Spanish-Romani filmmaker Pablo Vega, and starring Alina Șerban and Tony Gabarry.

Inspired by the 1940 film ‘The Great Dictator’ – created by and starring Charlie Chaplin, who unbeknownst to many was of Roma origin – the short film ‘Proud Roma’ reflects the richness and diversity of the Roma nation. The film challenges dominant historical narratives and negative stereotypes of Roma while recalling the many cultural and historical contributions Roma have made to Europe over the centuries.

‘Proud Roma’ is a contemporary Roma manifesto and a tribute to Roma pride and cultural heritage.

‘Proud Roma’ is produced by the European Roma Institute for Arts and Culture – ERIAC in the framework of the Proud Roma Free Europe campaign.

Learn more about the film in English and Romanes:
The Romani Roots of Hollywood’s Greatest Icon
“I believe stories can change the world.”
Proud Roma. The message of love from a nation without borders
The pride of a people as a social engine. The Proud Roma manifesto
New Film Inspiring Pride in Roma Identity to Premiere This Month 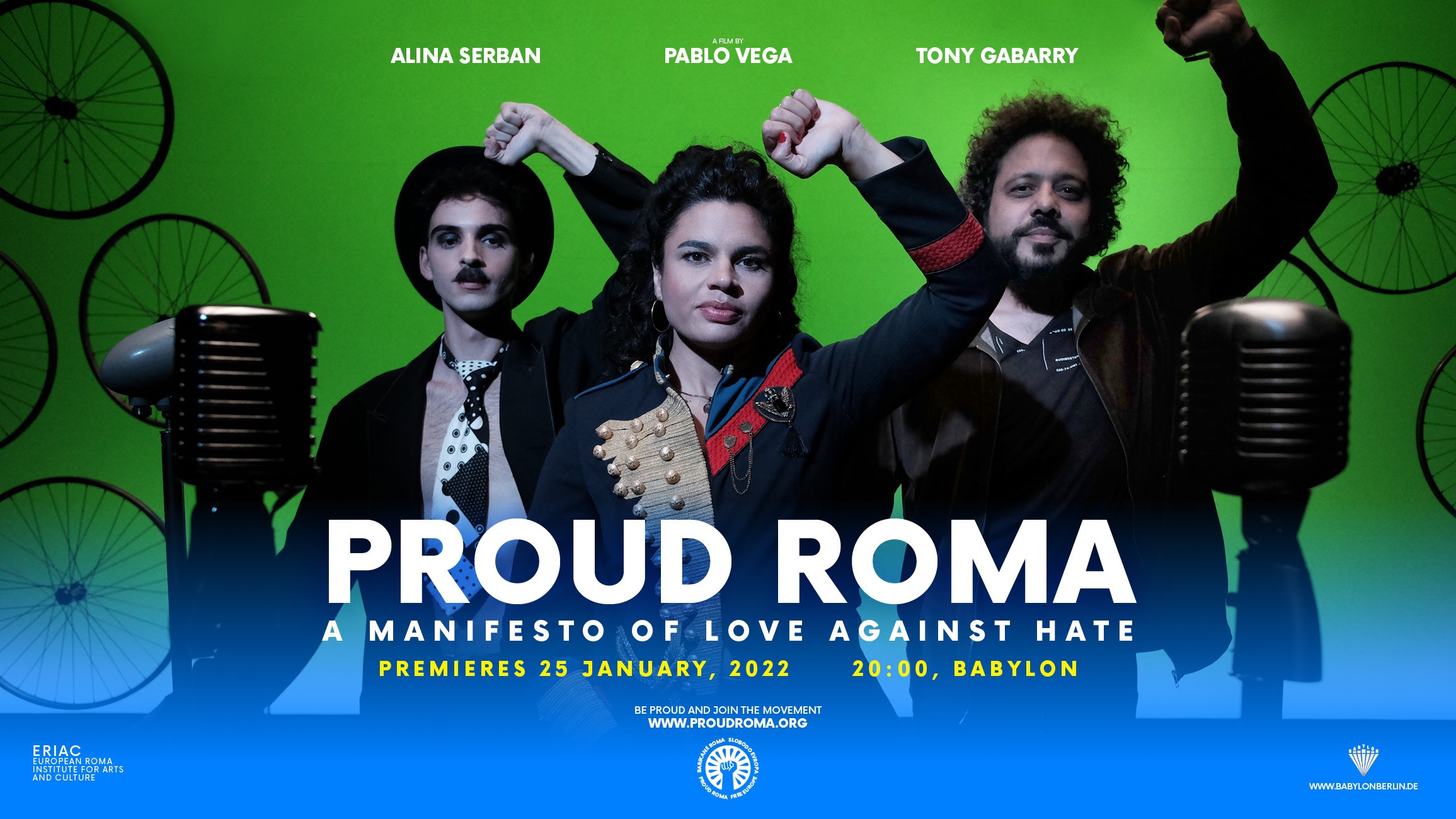