For the very first time and on the 50th Anniversary of the First World Romani Congress the National Palace of Culture in Sofia, Bulgaria was lighted in the colors of the Roma flag. This historical moment was captured during a live broadcast that Roma Standing Conference organized on 8th April with local partners.

“It was really historical moment to see such a building, well known in Bulgaria and one of the most recognised, to be lighted in the colors of our flag. I am trilled and I hope next year many more buildings not only light, but waving out flag in front of their building, especially the political ones. Thanks to Roma Standing Conference and the National Culture Palace for this initiative” – said Vasilen Marinov, a local activist from Gotse Delchev. 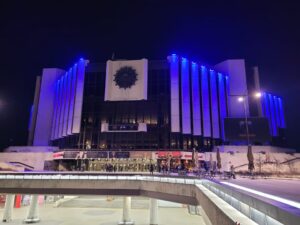 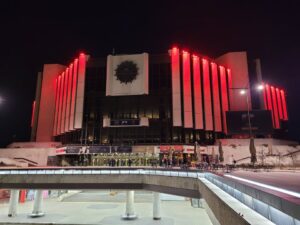 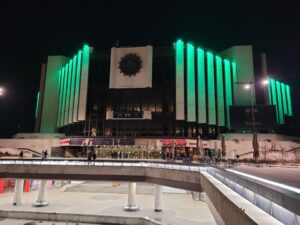