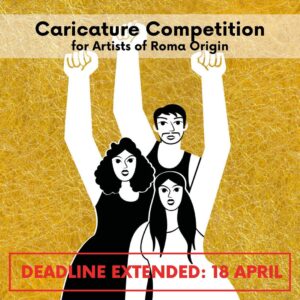 To commemorate the uprising in the Auschwitz concentration camp on 16 May 1944, on Romani Resistance Day, the European Roma Institute for Arts and Culture (ERIAC) announces an international competition for Roma visual artists, graphic designers, cartoonists, and talented individuals to submit their political drawings, cartoons and caricatures. We welcome proposals that engage directly with satirizing political subjects, criticise current or past political events, or express a certain socio-political phenomenon in a humorous way.

A jury of contemporary artists, curators and media experts will determine the 10 artists selected for the final exhibition. The artists will be invited to present their work at the exhibition in ERIAC Berlin and will each receive a 300 Euro prize. The selected artists will be expected to send the original graphic materials/ drawings (A4 size) to the ERIAC Berlin office by 1 May 2021.

We are seeking drawings, sketches, and graphics with the potential to convincingly argue for a political cause, with a humorous, satirical and socio-political message. We are thinking of strong visuality engaging with the complexity of the relationship between governments and Roma, Europe, minority and majority societies, European democracies, the development of Roma self-determination, press freedom, Roma demography, the upcoming Census, or any other political aspects of contemporary Roma life.

Please submit your artwork, artist statement and your short bio as a file, by email. Applications should
be written in English and sent to eriac@eriac.org in one email not larger than 2 MB. Please write “Caricature Competition” in the subject line of the email.

MEMBERS OF THE JURY

On the History of Political Caricature

The first prototype of caricatures can be found in ancient Greece, where gods were seen as subjects rather than political leaders. The genre had its earliest beginnings in late Mediaeval Italy, where a number of discontented people began to ridicule the upper classes of the aristocracy. The first political caricatures appeared at the beginning of the 18th century, when the English painter William Hogarth started to combine criticism of social phenomena with consistent artistic scenes in his works; in particular, his satire often concerned corruption in British politics. Hogarth’s most famous caricature was the Emblematical Print on the South Sea Scheme (1721), depicting the stock market crash in which many British people lost money. Political caricature developed significantly during the French Revolution (1789-1799), when James Gillray and Thomas Rowlandson depicted in a crude manner the revolutionary activists, King George III and Napoleon I. The genre was further developed with the appearance of the satirical magazine, Punch, established in 1841, that published many political caricatures. One of the most famous was The Goose-Step (1936), about the armaments build-up in Nazi Germany under Hitler. Since the mid-19th century, political caricature had become an attribute of most major European newspapers. This can be explained by the increasing complexity of the relationship between government and society, democratisation, and the development of press freedom. Nowadays, the genre is used ubiquitously in the modern digital world to criticise political regimes and personages, and to establish a dialogue that will trigger a change. In the Roma context, the genre of political caricature has a potential to raise awareness to socio-political issues, and to put forward important messages related to the political aspects of contemporary Roma life in a humorous and satirical way. 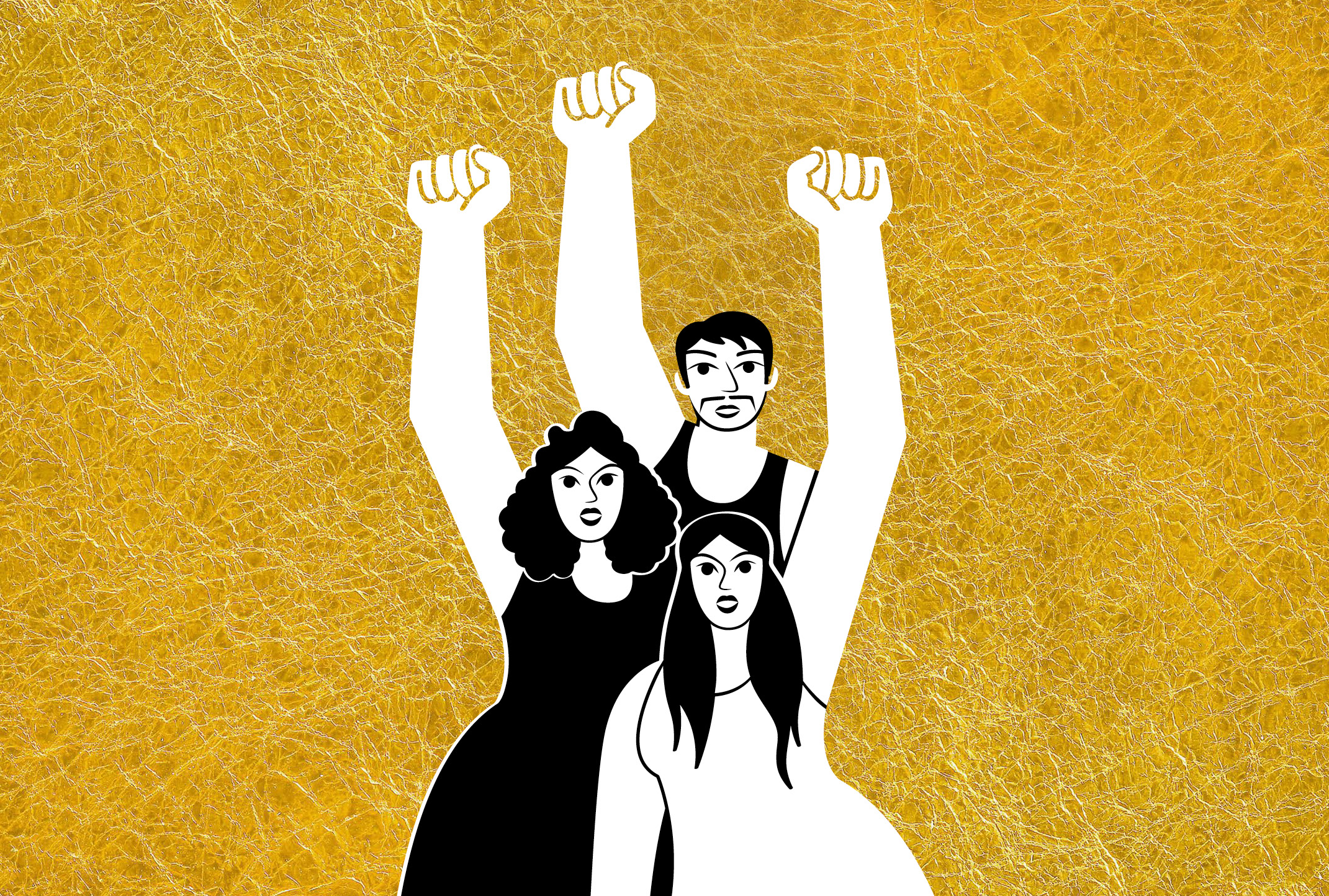