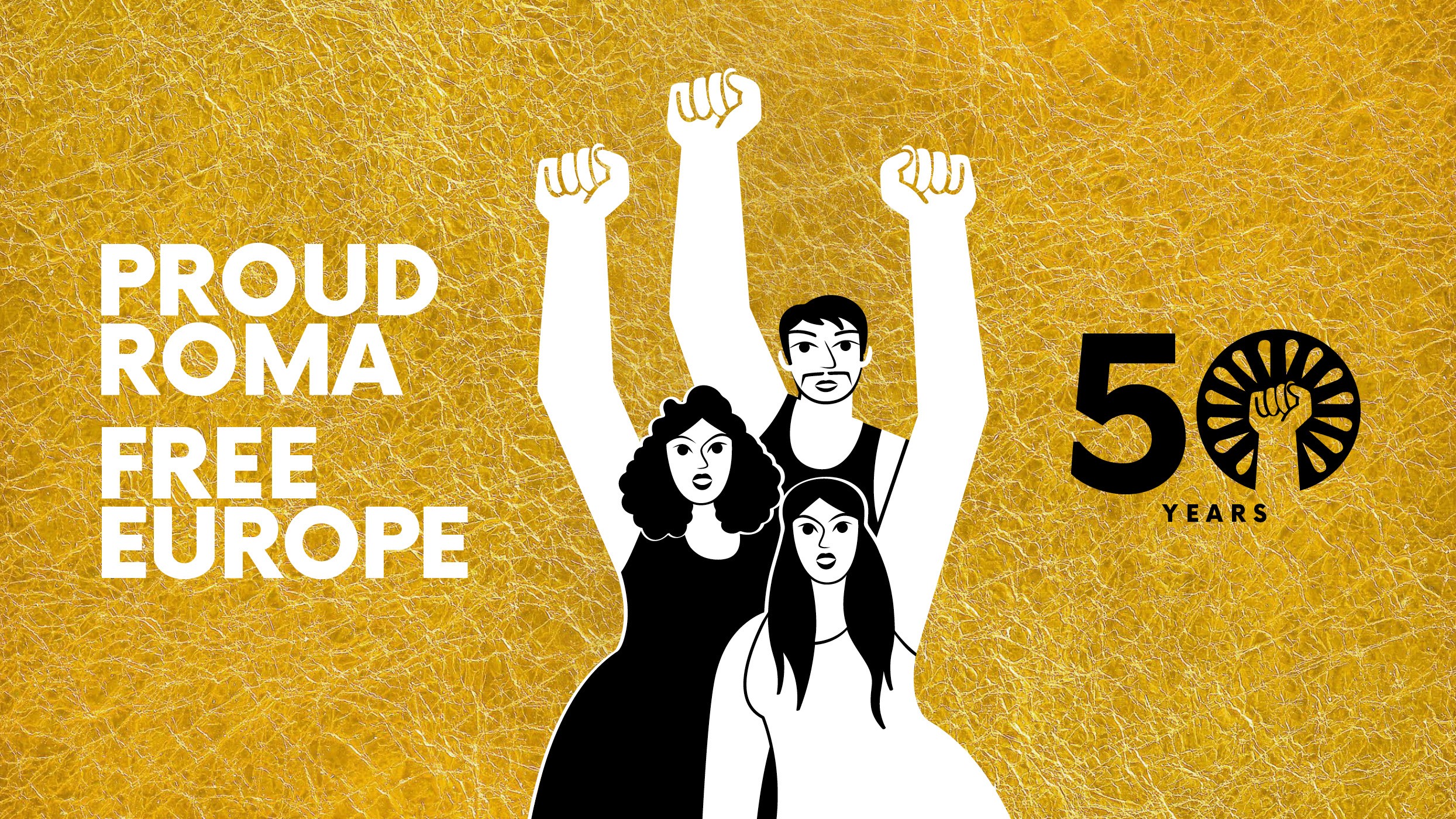 Just one week before the 50th anniversary of the birth of the modern Romani movement on 8 April 1971, a continent-wide network of Roma-led organisations launches the campaign entitled Proud Roma, Free Europe. The campaign initiators and media partners are listed below. Together, the initiators call upon Roma and pro-Roma advocates, organisations, institutions and individuals to join the campaign.

Building on the half-century legacy of the First World Roma Congress, the campaign aims to encourage Europe’s 12 million Romani citizens to proudly and publicly declare their ethnicity, as public authorities across the continent gather census data throughout 2021. This once in a decade event is being employed by Romani advocates as an opportunity to raise the profile of Europe’s largest ethnic minority group, because too many Romani people are uncounted. This has been the result of long-entrenched racism, physiological violence in schools and the media, as well as the physical violence Roma have endured over centuries. The deep fear and shame, as well as manipulation in the census-taking process have resulted in the inaccurate official data on the number of Roma that are multiple times lower than in reality, making Roma representation, policies and funding inaccurate, insufficient and not credible.

“The 2021 Census is a once in a decade opportunity to place Romani identity firmly at the heart of each European nation. If the extent of our numbers was ever fully recognised, governments would see us not so much as a marginal problem, but as a golden opportunity”, says ERIAC Executive Director Timea Junghaus.

In the coming months, as European nations gather data on the demography of their populations, while campaign imagery will be increasingly visible in as many Romani Mahalas (neighbourhoods) and cities across Europe as possible, its success will be dependent upon the Romani people and their allies embracing the campaign. The campaign website’s Call to Action section is actively recruiting grassroots volunteers to achieve that success.

At a time when Europe struggles to cope with the Coronavirus pandemic, the importance of public authorities being able to include all their citizens has never been more vital, but this campaign is about far more than encouraging Romani citizens to be more visible in public statistical data. It is also about the fundamental choices facing all Romani people.

“We see the census as an opportunity to strengthen identity and solidarity among the Roma, our position in the political landscape, as well as more accurate and credible policies, and funding. Europe can only be truly free if we are free to be proud of our identity, just as all others are. The question for the ethnic majorities and other dominant minorities is if they believe in freedom for themselves as the freedom for everyone in their countries and Europe?” says Mensur Haliti, Division Director of the Open Society Roma Initiatives Office.

Adopting the clenched fist symbol used by liberation movements throughout history, Proud Roma Free Europe campaign imagery is designed to inspire the courage to overcome the fear, shame and stigma many Romani people are subjected to. Its colours are drawn from the Romani flag, which was first unfurled 50 years ago on 8 April 1971, when Romani activists from across Europe gathered in London to set a nation free. On that day, they created a flag, an anthem and a transnational identity for Europe’s 12 million Roma.

From advertising billboards to TV adverts, from T-shirts to online talent contests, campaign organisers hope that 2021 will be a turning point for Europe’s largest and most widespread ethnic group. 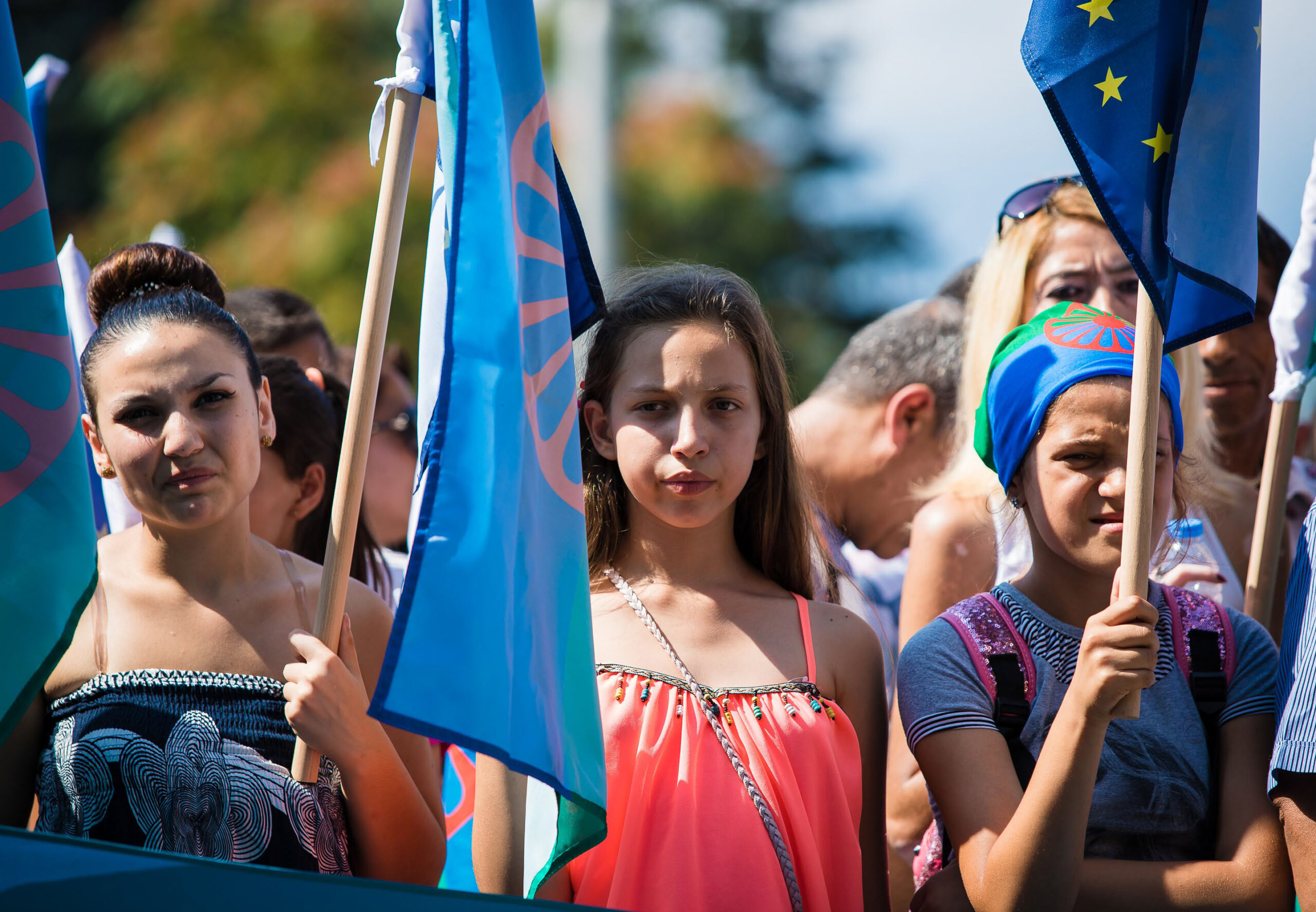