In response to the recent death of a young Czech Roma man, Stanislav Tomáš, at the hands of police brutality in the town of Teplice, the transnational Roma community have called on the President of the European Commission, Ursula von der Leyen, to guarantee the fundamental rights of Roma.

Kneeling on the neck of Stanislav Tomáš for six full minutes, the death of the young Roma is reminiscent of the killing of George Floyd in the US last year, which sparked civil rights protests the world over. Sadly, the actions of the police officers involved have been praised by Czech authorities for a well-performed job.

The letter calls for a full investigation into the death of Stanislav Tomáš, besides demanding the guarantee of Roma rights in response to what is another case of police brutality against Roma.

The following is the letter shared.

Stanislav Tomáš, a 46-year-old Roma man, died on 19th June 2021 in Teplice, Czech Republic during a police intervention. A video shared via Romea.cz shows that the police officer kneeled on Stanislav Tomáš’s neck for almost 6 minutes. According to initial reports, Stanislav died in the ambulance called to the scene while the Czech government’s officials have already hurried up to defend and praise the police officers for the well-performed job.

This is yet another case of police brutality and disproportionate use of force against European Roma citizens. Last year three Roma men in North Macedonia were brutally beaten by police officers. In the same year in Romania, the police assaulted a group of Roma men.

Police brutality and assaults against Roma have been systematic and existent for a very long time. In 2020, ECRI criticized the Czech government for the continuous rampant discrimination against Roma. Roma have lost trust in the authorities such as the police and often underreport police misconduct against them. The FRA has already acknowledged these facts in 2017 in its report. Countries in the EU and abroad have systematically failed to investigate cases of police brutality against Roma. In fact, just last week the European Court of Human Rights (ECHR) ruled in favour of a Romani man who was physically assaulted by police officers in a racist attack during a violent raid in Skopje, North Macedonia.

The controversial circumstances of the police intervention in Teplice, and the excessive use of force that led to Stanislav Tomáš’s death, have shocked Roma communities around Europe who stood up in solidarity to demand justice. The circumstances of his death are reminiscent of the murder of George Floyd, which sparked the Black Lives Matter movement, galvanizing global solidarity and a wave of outcry on behalf of public officials, including those in the EU.  Yet, in the case of its own citizen dying in similar circumstances, the EU has remained silent.

We, the signatories of this letter, express our serious concern about this most recent case of police brutality which led to the death of a Romani man, and call on you to demand action to ensure that the fundamental rights of Roma EU citizens are respected:

In the name of the democratic principles and the values of the European Union, we demand these actions in order to safeguard the basic human rights and freedoms of all European citizens, especially the Roma. A free society is one without police brutality in which all citizens can feel safe and protected. However, as the tragic death of Stanislav Tomáš reminds us yet again, we are more likely to be mistreated by the police forces in our own countries. Regretfully, we Roma do not feel safe in our own communities as long as we are endangered by law enforcement due to the colour of our skin, and the deeply-rooted prejudices, stereotypes and racism we face every day.

If the European Union is to stand up to the values and freedoms it so proudly declares, it is imminent that it defends the rights of the most vulnerable and powerless of its citizens. EU’s credibility and future prosperity depend on its capacity to uphold the values of equality and justice for all citizens, disregarding of ethnic or racial identity, socio-economic status or place of residence.

As a transnational Roma movement – representing the national movements supported by 112,879 Roma and largest Roma-led transnational entities – we are determined to protect our lives and freedom from fear of violence. This is why we are organizing peaceful protests all over Europe, which will continue to take place throughout this week in different countries including Romania, Bulgaria, Italy, Slovakia, North Macedonia, Kosovo and Serbia.

Finally, with this letter we would like to request an urgent meeting to discuss the actions that should be taken. As members of the Roma community we are at your disposal to provide further information regarding the circumstances of tragic death Stanislav Tomáš and are at your service to provide more background information on other cases of policy brutality and violence in Europe.

We welcome your prompt response in this case. 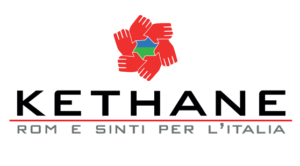 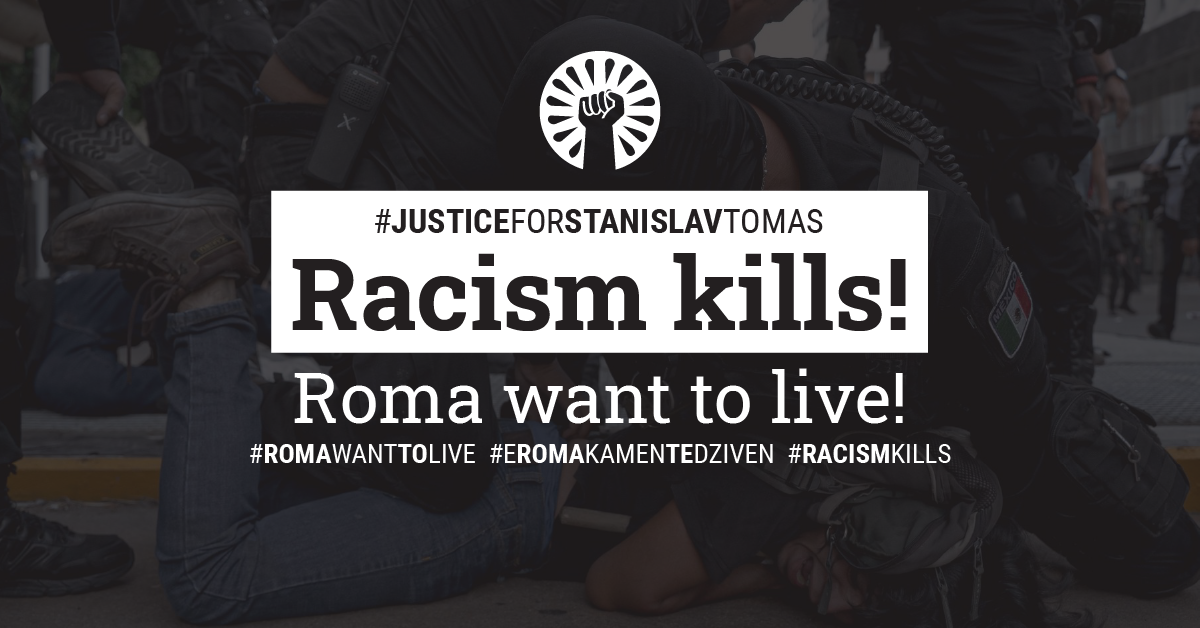