Romani language as a supreme testimony of transnational identity

To mark this year’s Romani Language Day – celebrated annually throughout the world on 5 November – the European Roma Institute for Arts and Culture – ERIAC opened its ROMANI ČHIB | ROMANI LANGUAGE exhibition at the ERIAC gallery in Berlin.

The exhibition features artworks by Marina Rosselle (F) and Natali Tomenko (UA) and investigates different aspects of Romani identity and their complex entanglement with language. Some of the notions and expressions exhibited alongside each artwork – phenjalipe, užo, baxt, familia, kamipe, kampo, phralipe, duende, zor, to name a few – only exist in, and are thus unique to the Romani language, while others are in stark contrast to the meaning commonly assigned to them in majoritarian culture. As such, the close reading of the artworks inspires an in-depth examination into how language and meaning production play into the world-building strategies of minoritarian cultural producers. 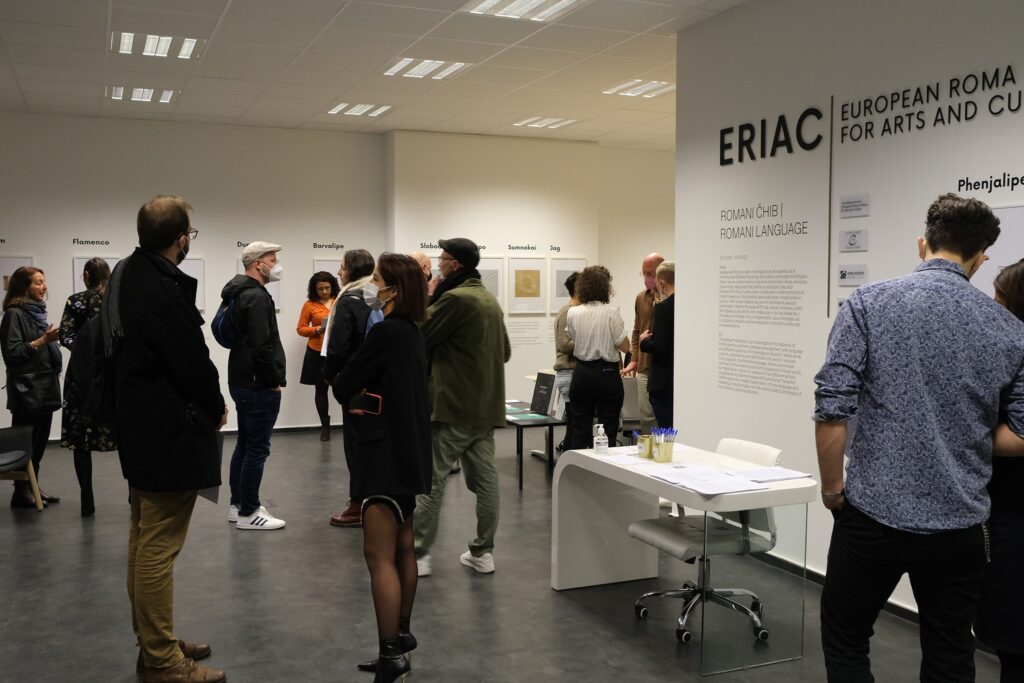 “Romani language is much more than a system of communication, it is a symbolic marker that distinguishes who belongs to a group, (…) it has been traditionally considered as a central feature of our ethnic identity. This perspective is also applicable to the principle that language is the main characteristic of a nation. Therefore, the identity and the integrity of a nation are well-demonstrated by its language,” said Romani language expert Mihaela Zatreanu who gave the opening speech at the exhibition.

“The belief in the vital significance of a language for ethnic and cultural identity, for the existence of a nation, for its political unity, is a fundamental axiomatic truth, which impacts the entire Roma socio-political thinking, being recognized and assumed by the most prominent representatives of Roma culture, as a sacred entity for its people from its beginnings to the present day. (…) The cultivation and unification of the Romani language, as a supreme testimony of transnational identity and the foundation of the political unity of Roma, (…) is a key element in the consolidation and politicization of Romani identity, and Romani remains a key argument for legitimizing our demands for political representation and for protection against discrimination and exclusion.” 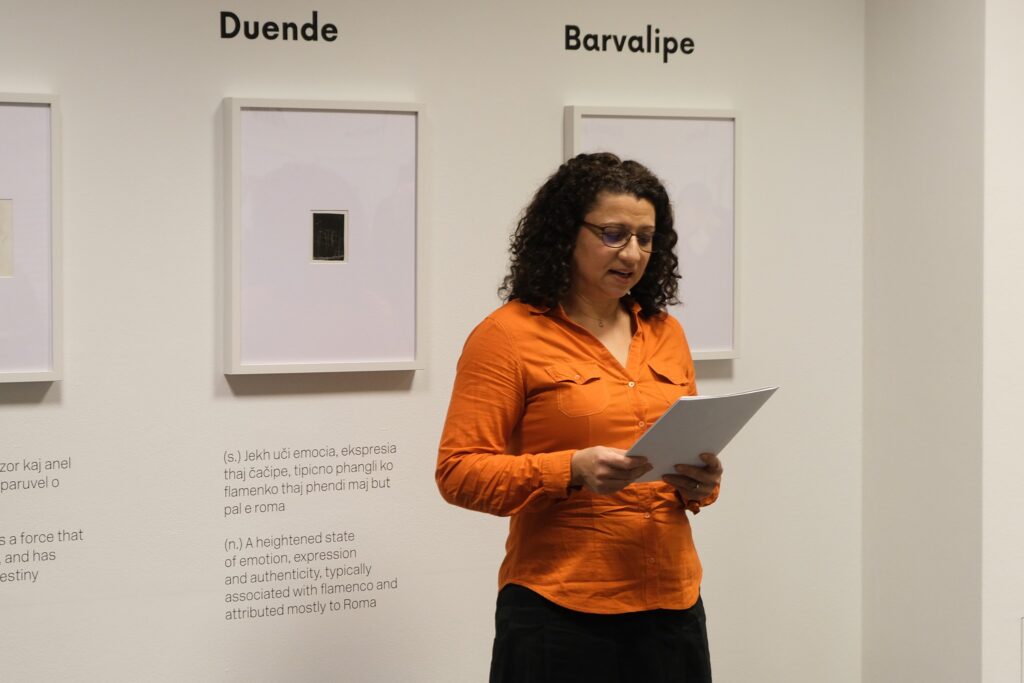 Make sure to visit the art spaces in person or take a virtual tour online! 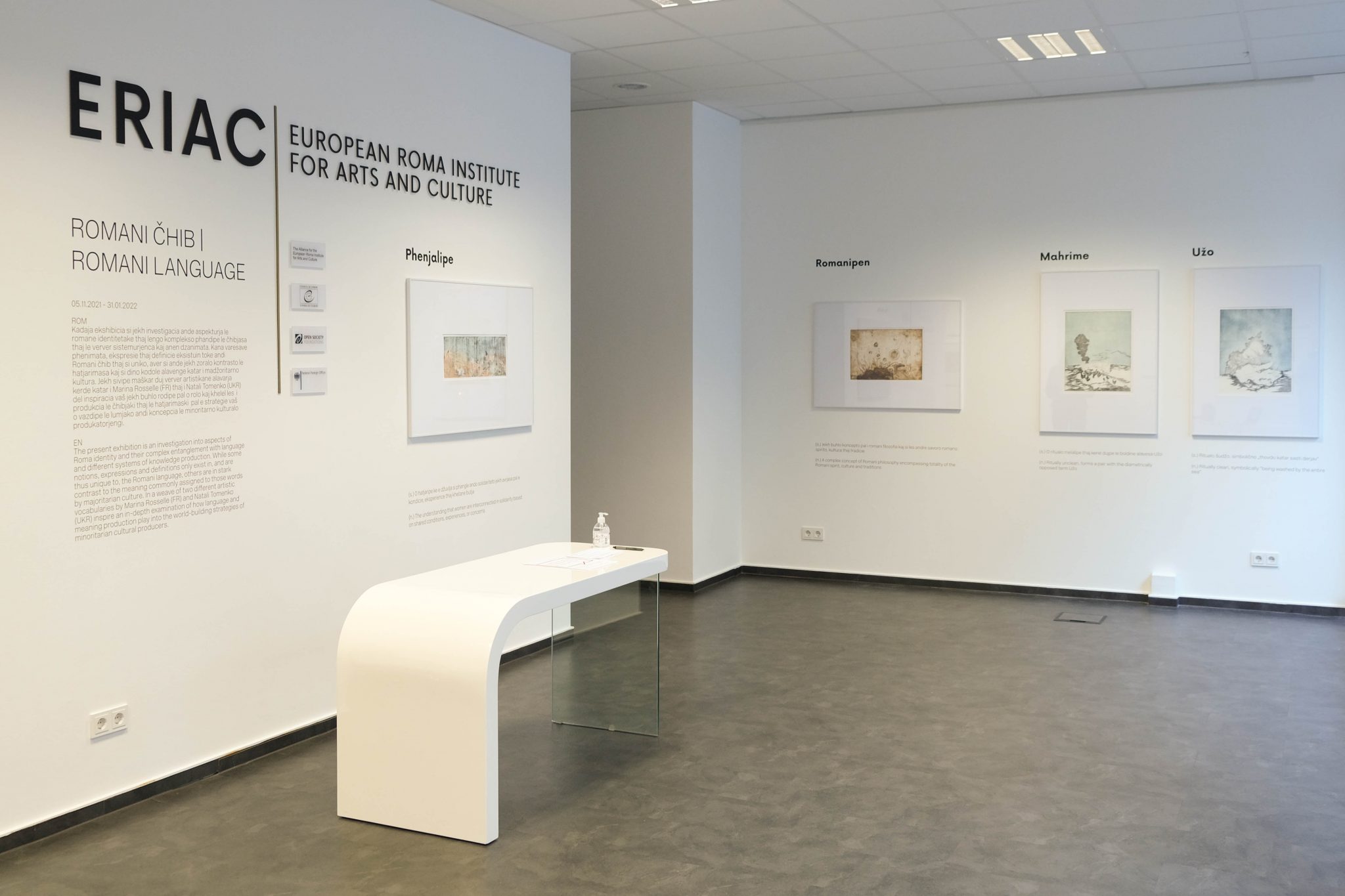