UK: The more things change, the more they stay the same

Each spring as Daffodils bloom and primroses explode, British Romanies and Irish Travellers still keen to follow the ways of our ancestors hit the road. At roughly the same time in an election year like 2021 rosette wearing politicians start pounding pavements and knocking on doors.

The two groups rarely meet, but in recent weeks they have collided. It would seem that the political relevance of how the major parties in the UK see Britain’s 600,000 Gypsies, Roma and Traveller (GRT) communities is at last getting some attention. On the right of politics, the Conservative government’s planned Police, Crime, Sentencing and Courts Bill seeks to outlaw traditional nomadic life completely. On the left, Britain’s Labour Party has produced leaflets detailing how they will deal with “Traveller incursions”.

If Home Secretary Priti Patel succeeds in redefining Criminal Trespass as the use of just one vehicle with an intent to reside on land not owned by the occupant, she will have fundamentally altered the right of all British people to access the landscape. We are, you see, the canary in the coal mine of liberty. If Traveller culture is stamped out, everyone else’s freedoms are only just one step behind.

On April 8th 2021, it will be exactly 50 years since Romani activists from across Europe gathered in London to give their transnational nation a flag, anthem and political direction.

50 years later many of the lives of Europe’s 12 million Romani people are still blighted by racism, hatred and the denial that we are even a people at all. Like this community living on Hastings seafront yesterday, the freedom to live the life their ancestors lived is a part of their identity that no longer can extinguish or after 50 years even allow. 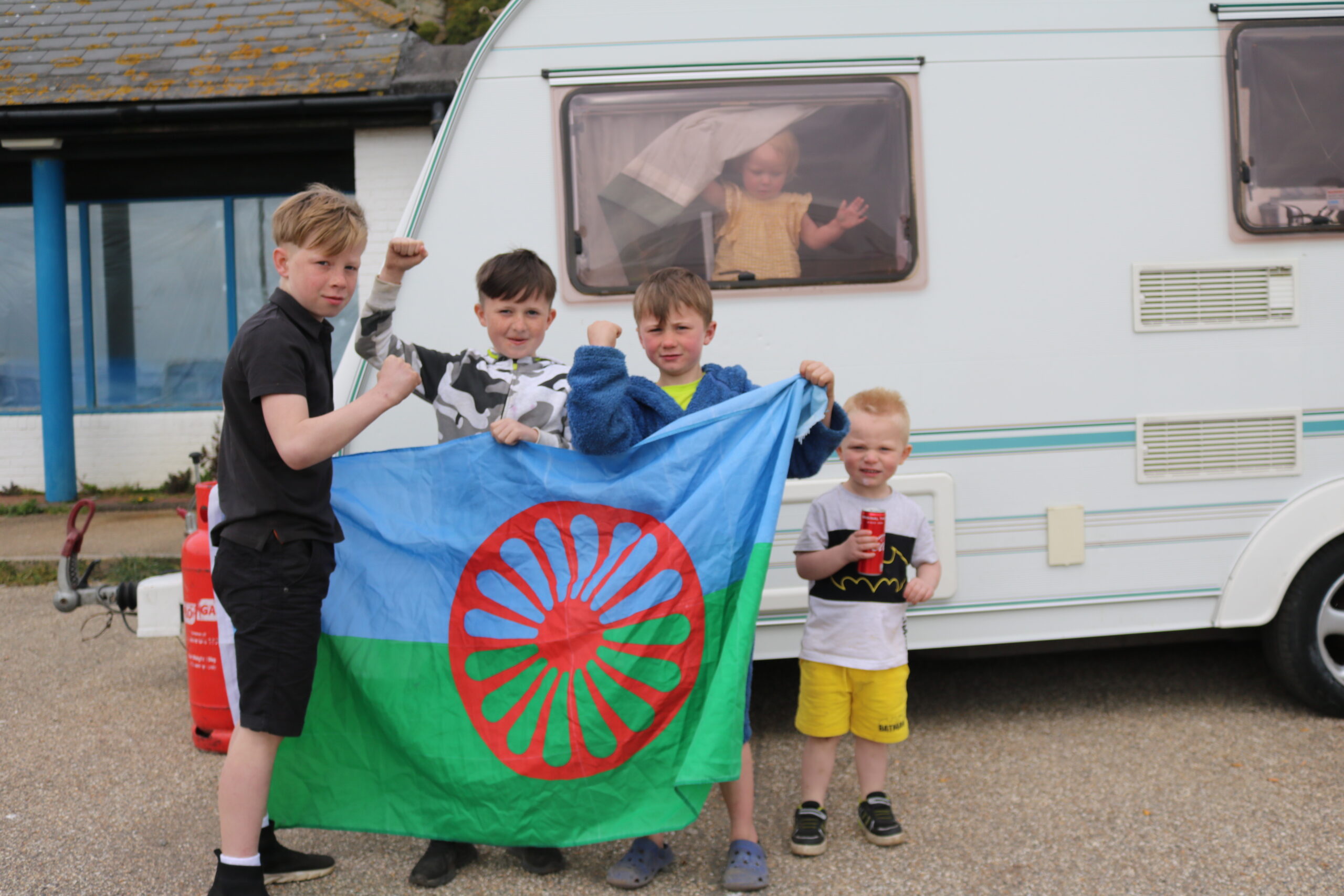