As the national census in North Macedonia draws to a close, Proud Roma Free Europe’s partner, Avaja, has received several testimonies from Roma across the country about their experiences of census violations.

Following a press conference held by Avaja on Monday, in which the team shared reports of irregularities throughout the census process, the civic organisation published video testimonies on their Facebook page of Roma citizens who had experienced first-hand infringements in the census taking process.

In one video, a Roma man from Tetovo shared his experience of being enumerated based on his ID card alone. He noted that the enumerators subsequently detailed instructions in a notebook for data collectors not to return to the same residence. He commented,

In the second video testimony, a Roma woman from Skopje explained how she requested to be enumerated by Roma, which went unfulfilled. She said,

“The other day, when the census was taking place, they came to register me. I asked to be enumerated by a Roma, and he called someone to ask but was told they didn’t have free time. They then asked my family and me for our ID cards to enumerate us. After that, I asked them if they enumerated us as Roma, and they told me that my data had already been sent.”

In a third video testimony, a Roma man from Vinica was again enumerated based on his ID card alone. He was subsequently registered as belonging to the Turkish ethnic group. He commented,

“The enumerators use only ID cards for adults and health cards for children, nothing else. He did not ask me what ethnicity I am. Nothing.”

Avaja is calling on the State Statistical Office (SSO) to address the irregularities reported in this census. Among their demands is for the census to be repeated in areas where irregularities have been noted and that the census be extended beyond 30 September. 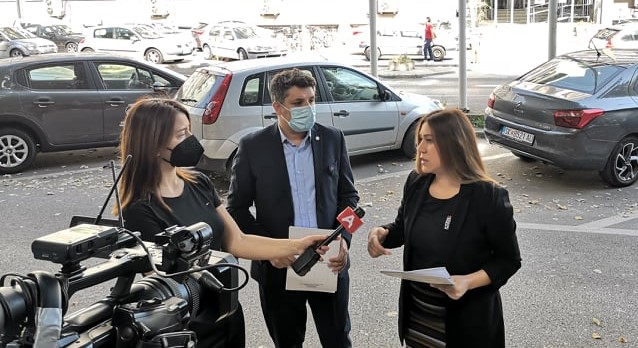