His face is still one of the most recognizable on the planet. His trademark character The Tramp made him a worldwide star because it championed the oppressed in the universal language of mime. What is less well known is that Charlie Chaplin was an icon with Romani roots.

Chaplin himself made no secret in his autobiography that his father was half-Romani, as was his mother. But a birth certificate for Chaplin has never been found. In 2012, decades after his death in 1977, his daughter Victoria Chaplin found a letter that may explain why. In his bedside table was a handwritten note to a man who had received hundreds of thousands of letters during the course of his long career. It was important enough to Chaplin to be kept and locked away at close hand.

Written by a man called Jack Hill, the note called Chaplin a “little liar” for claiming in his autobiography that he was born in London in 1889. The letter claimed that Chaplin had in fact been born on the Black Patch in Smethwick, an area of parkland with a long history of nomadic Romani encampments near the English city of Birmingham.

The family of “Gypsy King and Queen” Esau and Sentinia Smith on the Black Patch before they were evicted in 1905.

The letter said: “You were born on the Black Patch in Smethwick.”

“So was I, two and a half years later. Your mum did move again with her dad’s circus and later settled down in London but whereabouts I do not know.”

Mr Hill told Chaplin he was “the only man alive” who knew the truth about Chaplin’s birth. Hill claimed Chaplin had entered the world “in a caravan [that] belonged to the Gypsy Queen, who was my auntie.” Chaplin was believed to have kept it secret, possibly because he did not want the stigma of a Romani connection.

“He was very conscious of his Romani heritage. He told my father and his other children that they had Romani heritage. It was something that he was proud of but was very much overlooked,” his granddaughter Carmen Chaplin told Variety magazine in 2021.

Her film Charlie Chaplin, a Man of the World is currently being made and “radically reinterprets Chaplin’s oeuvre from a Romani perspective and examines the persecution of Gypsies through his lens.”

“Roma people form the largest minority in Europe,” says the film’s producer Amaia Remírez. “That the most recognizable representation of humanity, the Tramp, was created by a Roma and all around the globe people relate to the character is a highly interesting concept we want to explore.”

“Charles Chaplin was a self-taught musician and that was very Romani. When you tell Roma people that Charlie was Romani they say ‘obviously,’” adds Carmen. “They can tell that in his sense of humor, his way of telling a story, the tragic comedy in his films, and their music.”

In 2015, Chaplin’s oldest surviving son Michael traveled to Birmingham to celebrate his father’s connection to the community. Asked about the prospect of Charlie Chaplin being born there, his son Michael said: “I think it’s very likely, yes. The fact that the letter was kept in the drawer means it must have meant something to him. It was locked in the drawer, he never told anybody about it.”

Michael had traveled all the way from the south of France to officially unveil a granite monument that commemorated Smethwick’s Romani history. The ceremony took place 110 years to the day that the Romanies were evicted from the Black Patch and honored their role in ensuring the land was preserved as a public open space. 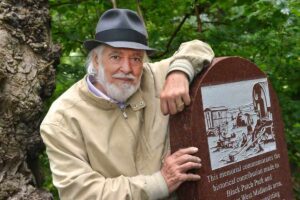 Michael Chaplin with the memorial to the Black Patch Romanies

Michael has shown great interest in the stories about his father coming from the Romani community.

“He was a complex man, sometimes he would boast about it, other times he didn’t want to talk about it,” says Michael.

Michael suspects his father was not ashamed of his possible past but that it was not something he was ready to admit to at the height of his fame.

“He said in his autobiography that he had a skeleton in the cupboard. At that time it didn’t necessarily go in his favour to boast about being a Gypsy,” he said.

Charlie Chaplin was keenly aware of how identity could be used for and against someone. In 1939 as World War II began, Chaplin wrote a stinging satire called The Great Dictator. In it, he exploited his physical similarity to Hitler to create a role in which Chaplin plays a Jewish barber who loses his memory in a plane accident in the First World War before being discharged into an anti-Semitic country that he does not understand. Chaplin also plays Hynkel, the dictator leader of Tomainia, whose armies are the forces of the Double Cross, and who will do anything to become emperor of the world.

The film ends with a now famous and humanitarian speech made by the barber, speaking Chaplin’s own words.  Dubbed by some the ‘greatest speech ever made’, its words are as poignant in 2022 as they were in 1940. 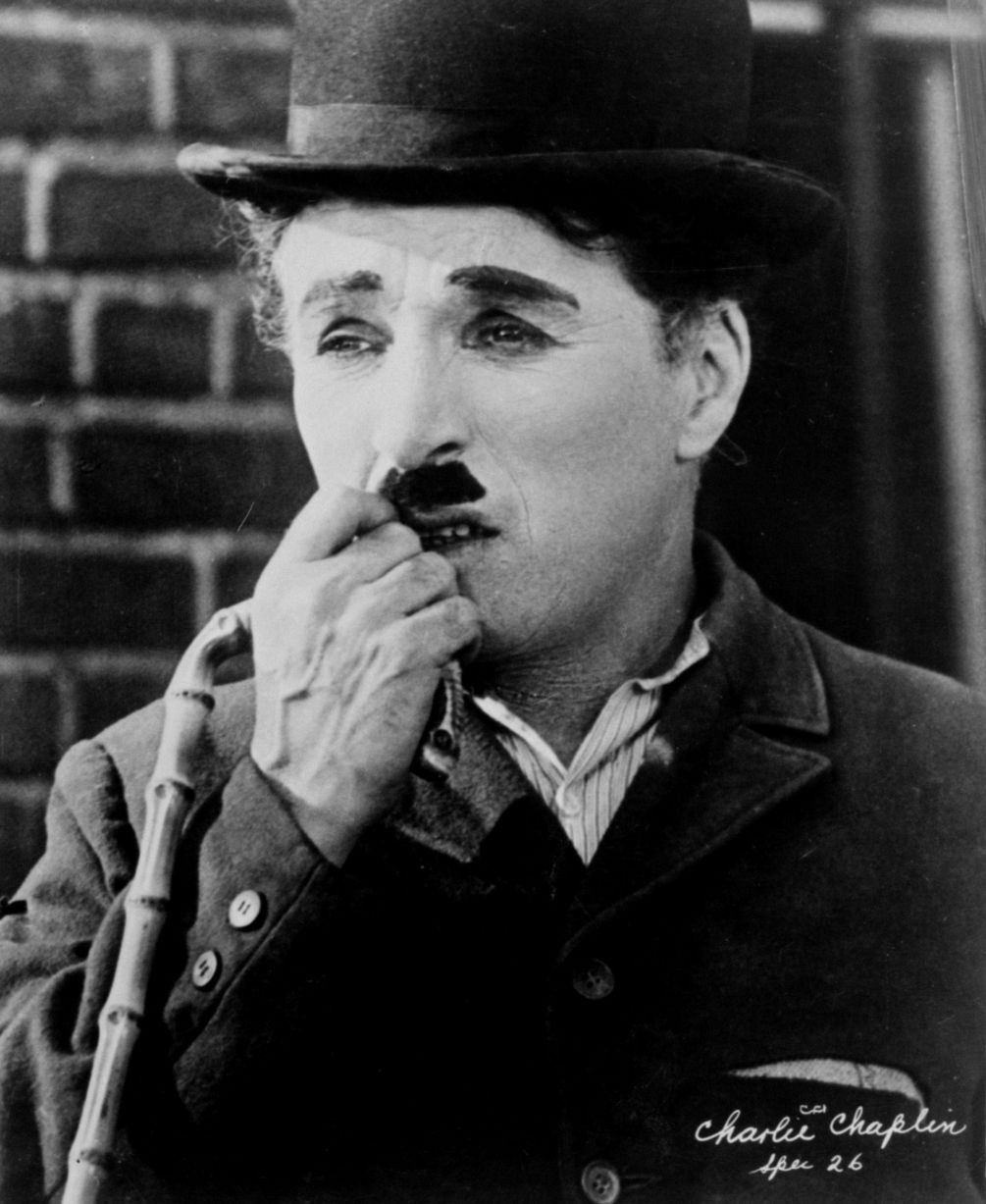