Where is the condemnation? Europe’s Roma protest to demand end to police brutality

By now, most of Europe’s Roma community are familiar with the name Stanislav Tomáš. The 46-year-old Czech Roma died on 19 June after a police officer knelt on his neck for a full six minutes. The death was reminiscent of George Floyd’s killing in the US last year, which sparked the global Black Lives Matter (BLM) movement.

Graphic videos of the death of Stanislav Tomáš have been circulating online since the event took place. The horrific scenes have evoked deep sadness among a community that already faces deep-rooted and historical discrimination. That sadness has turned to anger as Roma communities across Europe have mobilized to demand a full investigation into the circumstances of the death, and demand condemnation of police brutality from EU leaders.

Aside from Roma activists, however, local and EU authorities have remained eerily silent concerning the events. In the Czech Republic, the authorities have denied that the police officer’s actions were an example of police brutality, and defended the actions of the officers involved. Authorities continue to claim that a drug overdose caused Stanislav Tomáš’ death.

In response, the transnational Roma community across Europe have mobilized, with Roma protests taking place in Teplice, the Czech town where the event occurred, as well as in Romania, Serbia, Germany, Ireland, Austria, Scotland, Italy and Spain, where hundreds of Roma and supporters gathered, oftentimes outside their respective local Czech embassies, to make their voices heard.

In Teplice, 500 peaceful protesters laid candles and flowers at the site of Tomáš’ death. Despite protesters being met with police in riot gear, the protest occurred without incident. Images from the various country protests show demonstrators brandishing various slogans from t-shirts reading ‘Racism Kills’ to placards reading ‘Roma Lives Matter’. Overall, thousands of individuals have been involved in the international efforts to demand an end to police brutality and justice for Roma communities.

Besides the protest, the transnational Roma community has called upon the President of the European Commission, Ursula von der Leyen, and other leading figures in the Commission to demand a full investigation into the events and to guarantee the fundamental rights of Roma. Read the letter here.

Protests will continue throughout the weekend in Macedonia, Bulgaria, France and Hungary and next week in Slovakia and Kosovo.

The full dates and timings are as follows:

>> Skopje, North Macedonia >> Saturday 3 July >> Starting at 11.30am outside the Czech embassy

>> Pristina, Kosovo >> Tuesday 6 July >> Starting at 11am outside the Czech embassy 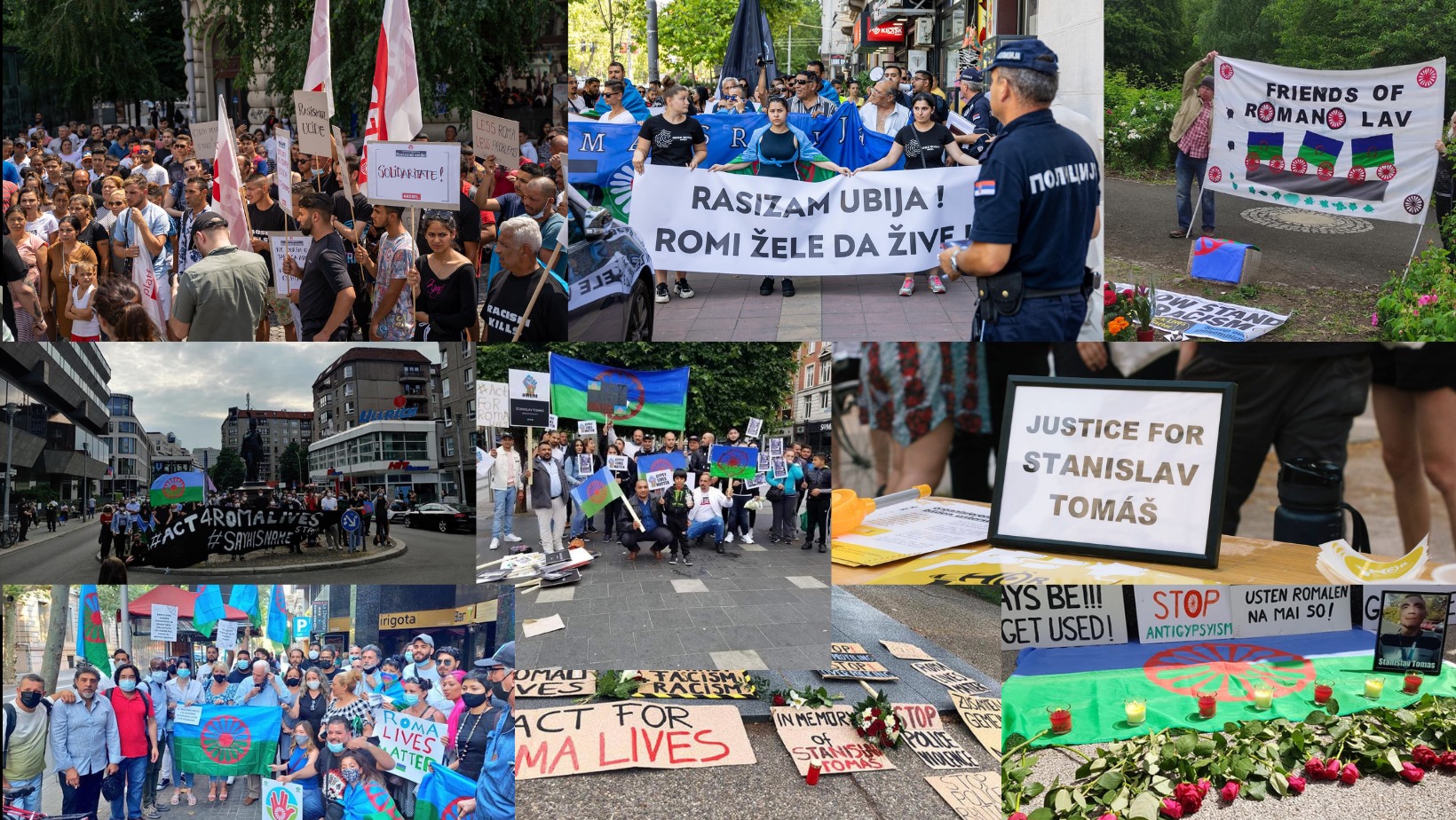