Written by dramatist Zdrava Kamenova for Bulgarian-Roma actress Natalija Cekova and co-authored and directed by Kalin Angelov, Gypsy Wheel tells the story of a young woman struggling to come to terms with her Roma roots. Raising critical questions such as whether we can deny where we come from, the play seeks to encourage viewers to embrace their Roma identity with pride.

As the drama unfolds, we learn the story of the main protagonist, who, having grown up in a Bulgarian ghetto, leaves home to embark on her career. Securing a job in an office, she eventually meets a Bulgarian man with whom she falls in love.

The young woman, who seeks to gain acceptance in the new world in which she finds herself, wishes to assimilate into the non-Roma majority. Wanting to become the object of her lover’s desire, she goes about trying to shed her Roma roots.

While the young woman is prepared to sacrifice her Roma identity for his love, she reminisces about her childhood. As she recollects her memories, the young woman and her family are followed by a white elephant wherever they go. Symbolic of her identity, as the wedding draws closer, the animal begins to fade. In a similar fashion, the colourful garments she wears, representing her memories, are shed, layer by layer, in advance of the wedding. The last layer unveils her pure white wedding dress, symbolising her desire for whiteness.

Eventually, the young woman realises that both elephant and garments shine far brighter than the wedding dress, and she finally embraces her Roma identity.

A story of becoming, the play is filled with heart-warming humour while touching on themes such as race and belonging. Undoubtedly, these themes are close to Natalija Cekova’s own heart, as the first Roma woman to officially graduate from the National Academy for Theatre and Film Arts.

“I need to forget. I shall forget, I promise you, for both you and I. I will go for surgery to erase all the scars of my childhood. I will drain my blood till the last drop so that I will not hear its pulsating story and transfuse fresh blood. I will wipe from my memory all that has been written for years….” 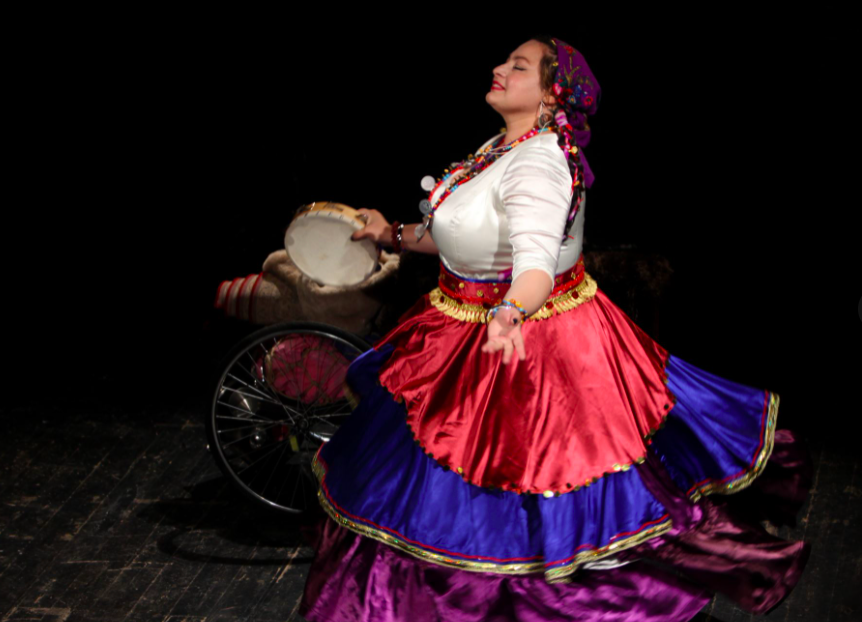