Opre Roma Kosovo marked this year’s Roma Holocaust Memorial Day with a series of activities in Pristina, as part of a transnational initiative to raise awareness about the Roma Holocaust and fight for its recognition in the canon of European history. 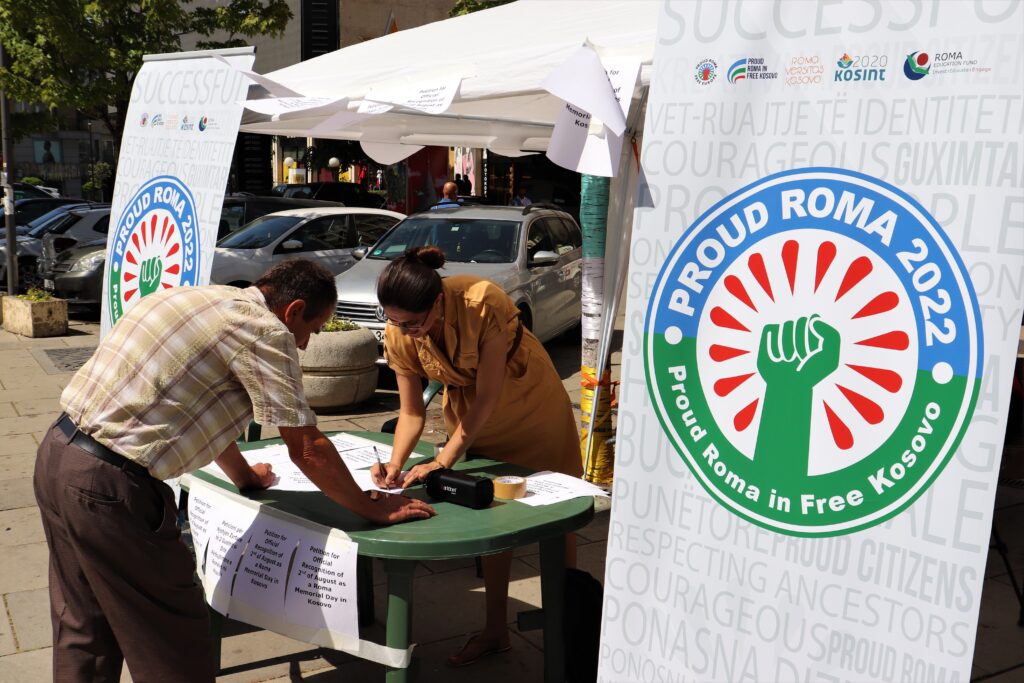 Opre Roma Kosovo, a local grassroots organisation and partner of Proud Roma Free Europe, marked the annual Roma Holocaust Memorial Day this year with an event in the capital Pristina.

Team members and volunteers decorated a public square with portraits of Roma heroes, survivors and resistance fighters to honour their legacy and raise awareness about the local history of the Roma Holocaust, often referred to in Romani (or Romanes) as the Porajmos (‘the devouring’).

The local team also sought signatures for a petition to recognise 2 August in Kosovo as a day of official remembrance for the Romani victims of the Holocaust. Despite over 76 years since the passing of the Second World War, Roma communities are still fighting for proper acknowledgement of their persecution in official Holocaust remembrance and commemoration activities across Europe.

Opre Roma Kosovo’s commemoration was supported with the launch of the “Roma Remember” billboard campaign. This week, billboards will be visible to the wider public across the capital, Pristina, and in Graçanica to commemorate Roma Holocaust Memorial Day. The billboard campaign was made possible with the support of Proud Roma Free Europe and the European Institute for Arts and Culture. 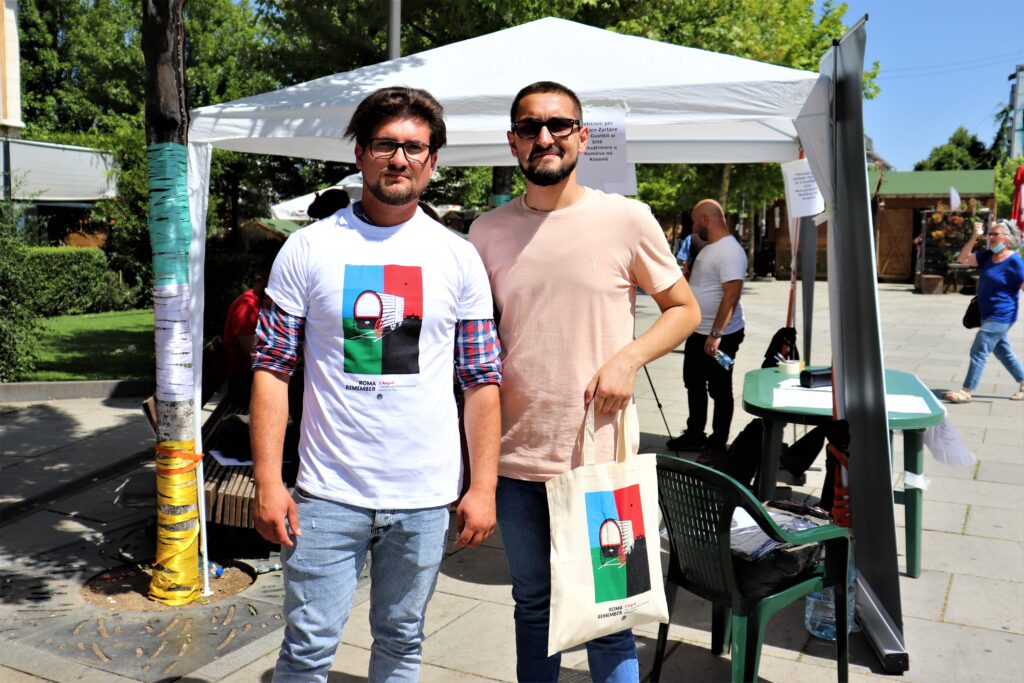 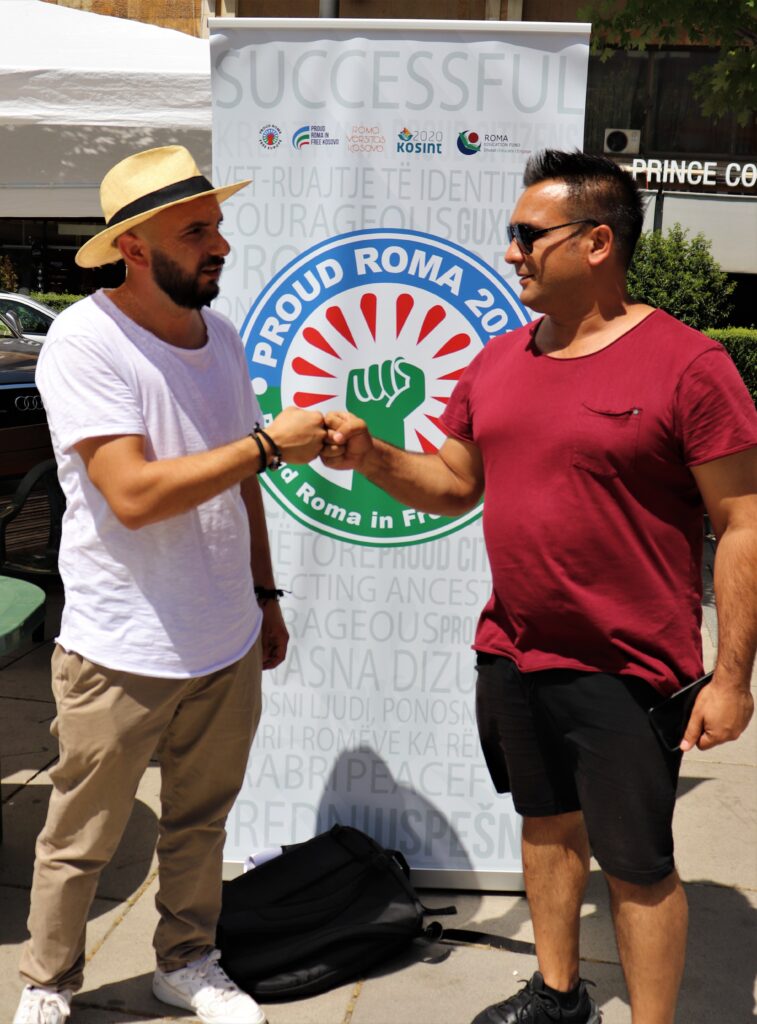 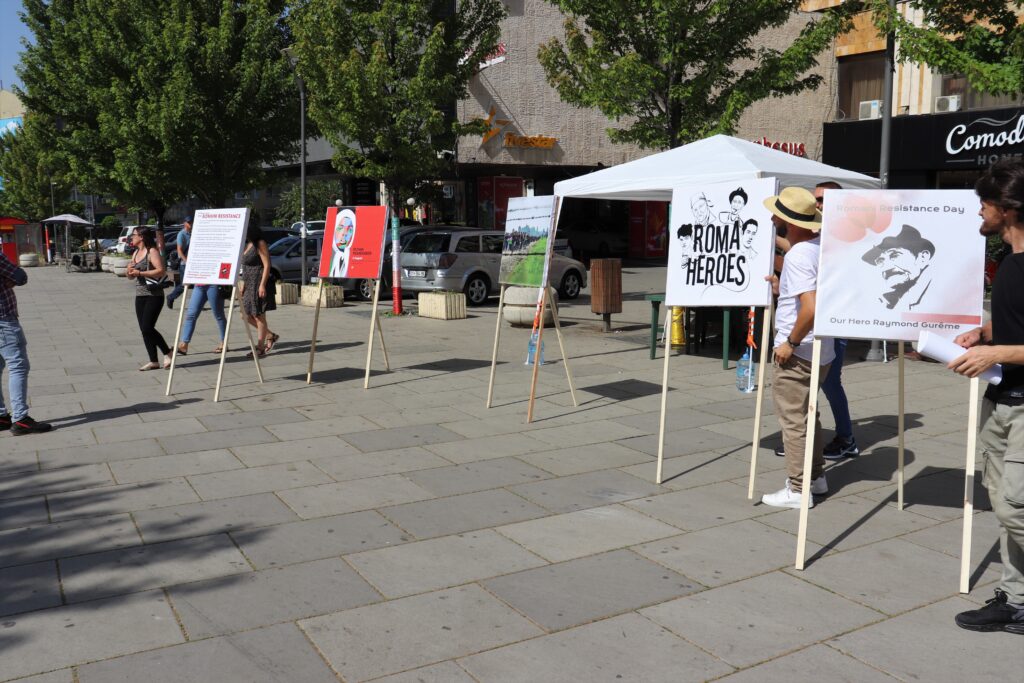 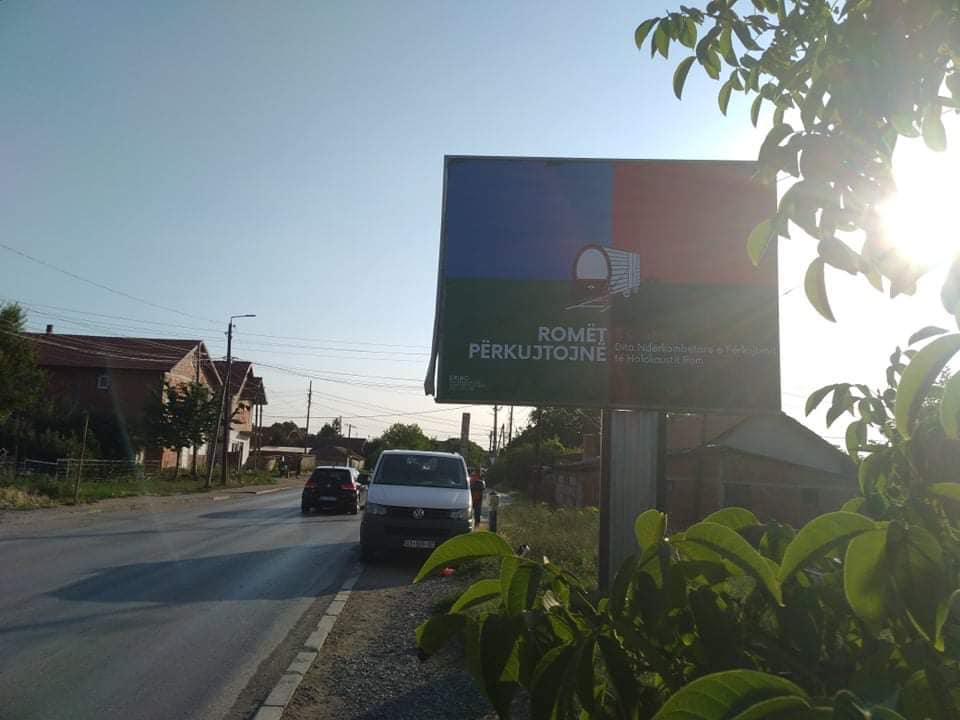 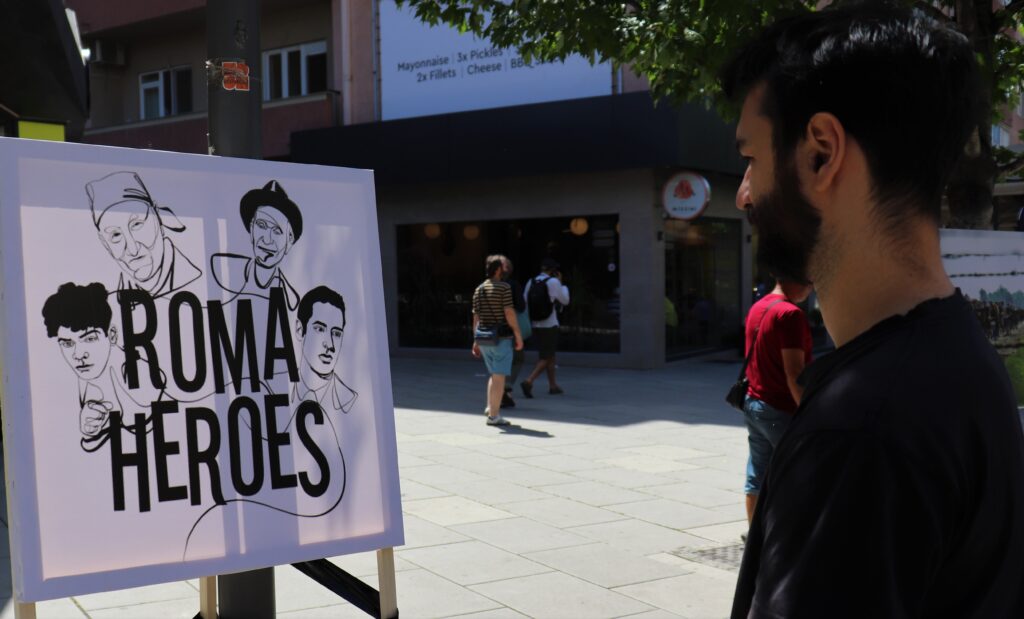 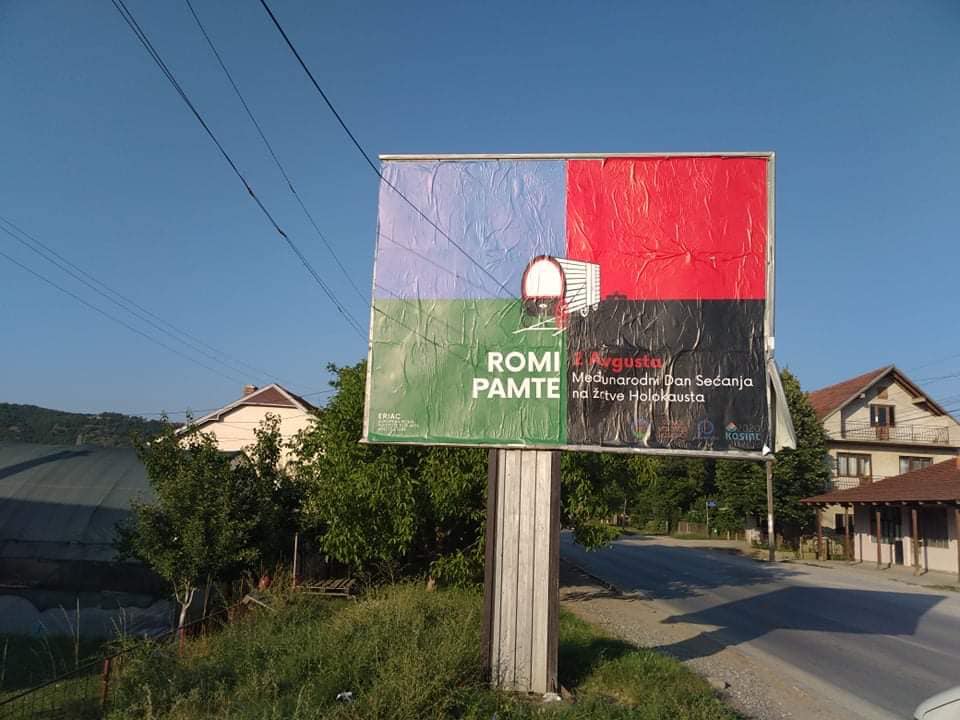 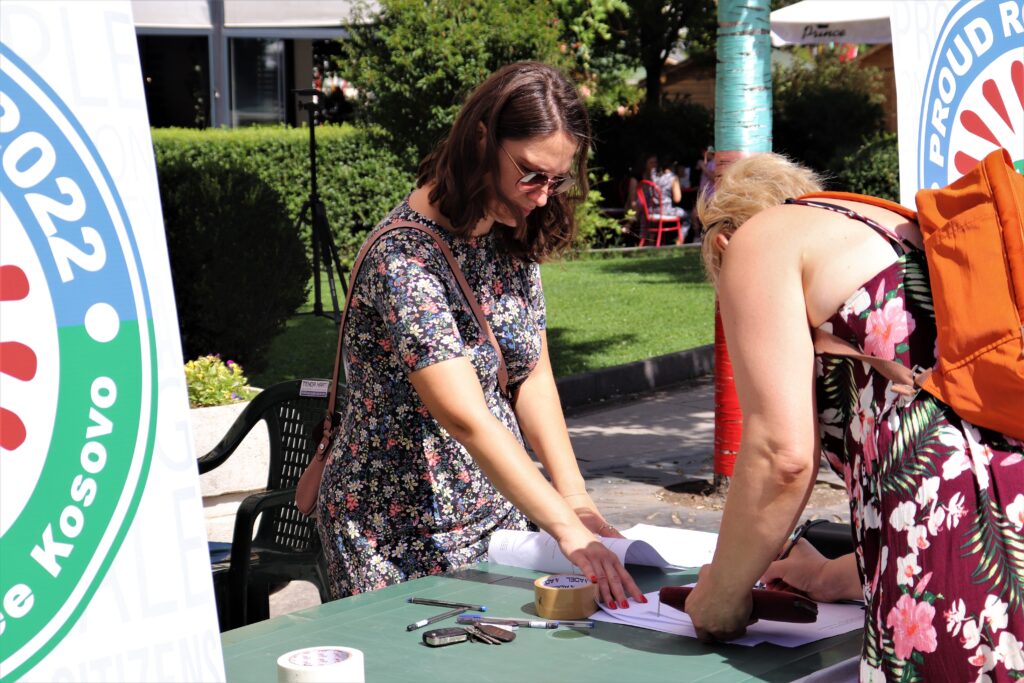 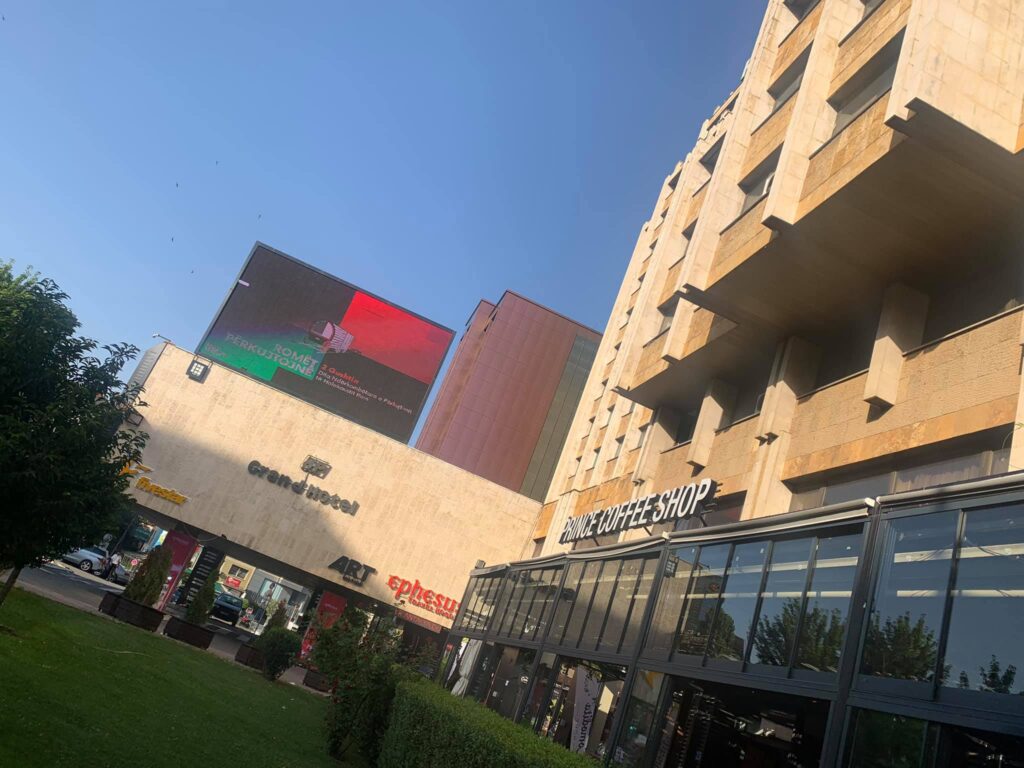 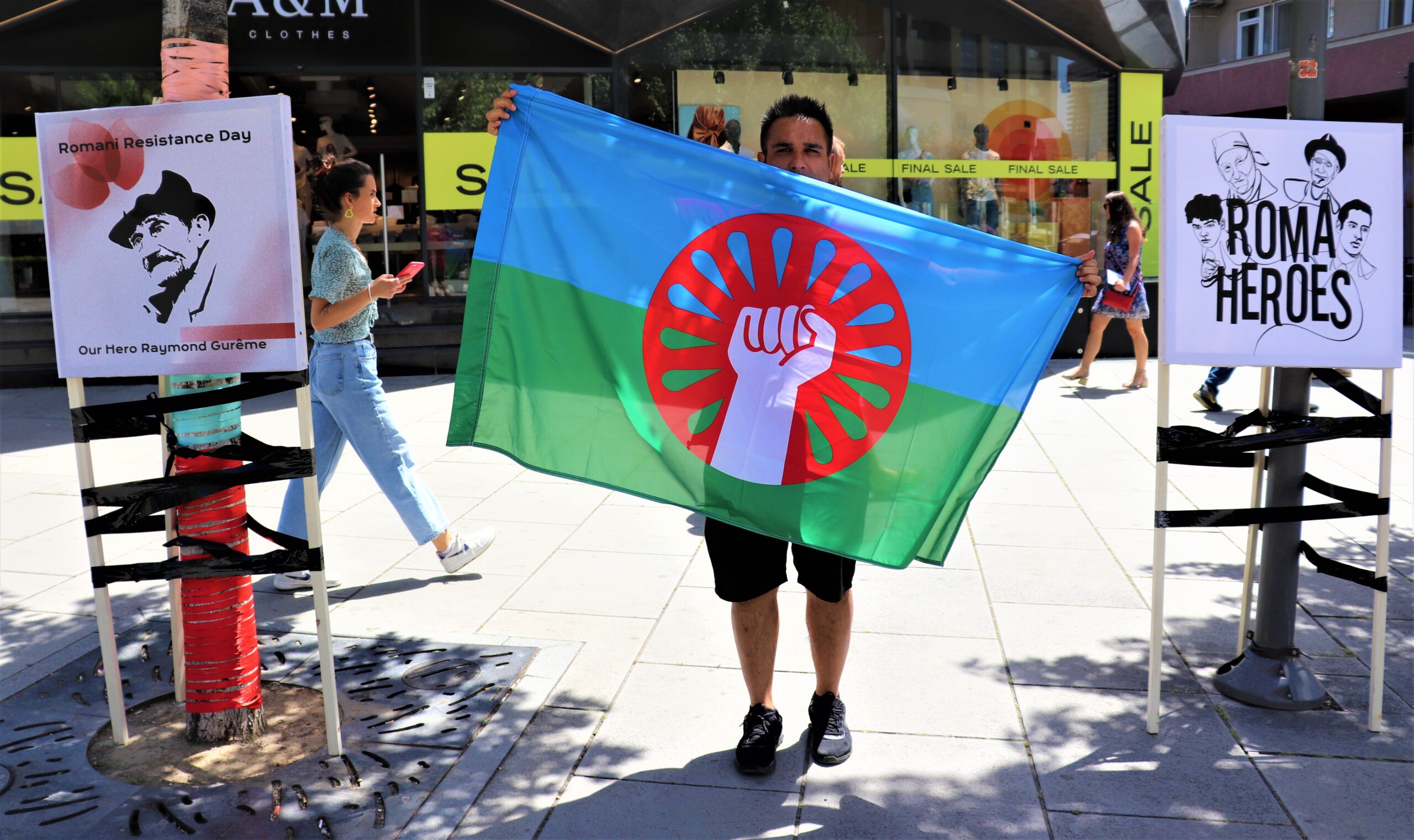