Roma: Barometer of success for the census in Serbia

Serbia is organizing a census of the population, households, and apartments in the period from 1-30 October 2022. This “statistical operation”, which takes place every ten years, has significant implications for all communities in the country. Historically speaking, we Roma have been underestimated in all official censuses. There are various reasons for this: historical oppression and injustice; fear of ethnic profiling; social stigmatization and assimilation; ethnically biased methodology and inequality in political power. In addition to all this, the difficult situation of insecure living, emigration, unemployment, dynamic migration, educational differences and language barriers further contribute to these challenges. The critical question is: Can Roma freely declare their nationality in the census of population, households and apartments in Serbia and why is this important?

We know that there are many more of us than the 147,604 recorded in the last census in 2011. There are about 500,000 of us Roma. In the last census, 220,735 Roma did not declare themselves and another 99,714 were added to the unknown category. According to estimates in the locations where these two categories were counted, a significant number are Roma were not declared on the census. Also, it is estimated that between 150,000-200,000 Roma are identified as other communities, especially in communities with a significant presence of a dominant majority or other minorities. However, we understood why the real number of Roma is being concealed. If the census shows that there are fewer of us, others will continue to use our resources, often against us. We are also talking about greater opportunities for corruption because the funds that would have been intended for the Roma are wasted due to statistics that do not show where the real problems are and who needs the most support from the state.

We survive many obstacles to freely participate and declare our nationality. For more than 100 years, our data has been misused and not used for the progress of our community. There were no monitoring mechanisms to guarantee the possibility to express ourselves freely and adequate data protection measures. Consultations on creating and testing census questions, defining classifications or designing census methodology and instruments were most often reduced to quasi-consultations for political marketing and justification of public and EU resources. We do not have a proper place in the structures that carry out the census.

Roma are enumerated mostly by enumerators who are insensitive and use subjective judgment about nationality, often avoiding “hard-to-reach” Roma communities or only partially counting Roma. Widespread stereotypes, prejudices, discrimination and organized pressure and violence from other dominant national minorities lead to a significant number of Roma declaring themselves as Hungarians, Bulgarians, Romanians, Bosniaks, Slovaks or Albanians against their will.

For centuries, we have lived in Serbia in the spirit of peace and freedom with everyone, unlike others who came to conquer and plunder, spread violence and wage war. We have always fought for freedom, for the place that belongs to us. We were taxpayers, the best workers in many fields. We fought for our freedom but also for the freedom of Serbia. Regardless of our painful history, we have never shed other people’s blood through war or terrorism; we have never seceded or declared our own state. We had a vision of humanity at its best, loving life and the freedom to remain who we are: proud and free, not defined by anyone but ourselves.

We fought for our voice in deciding to change the difficult situation in which we find ourselves. Despite the injustice, we are successful, creative, hardworking, talented and brave; we are proud people, proud Roma, proud Serbs. Thanks to our ancestors, we have become the largest ethnic minority on the continent. If we lived in one country, we would be a larger population than most individual EU member states. The Roma are what Serbia and Europe aspire to, a diverse and united community that thrives with a cosmopolitan vision of cooperation.

Serbia also belongs to us. We are Serbia and we are here to stay. We have a common fight for freedom. Those who wanted to steal Serbia’s freedom are getting stronger again. We have to fight together for freedom in Serbia. We, the Roma, want Serbia to be free. We believe that in Serbia we can be free and be who we are. However, Serbia must and can do much better. It is not only a question of our formally given rights and freedoms, but also about ensuring essential changes for our freedom of thought, speech and action 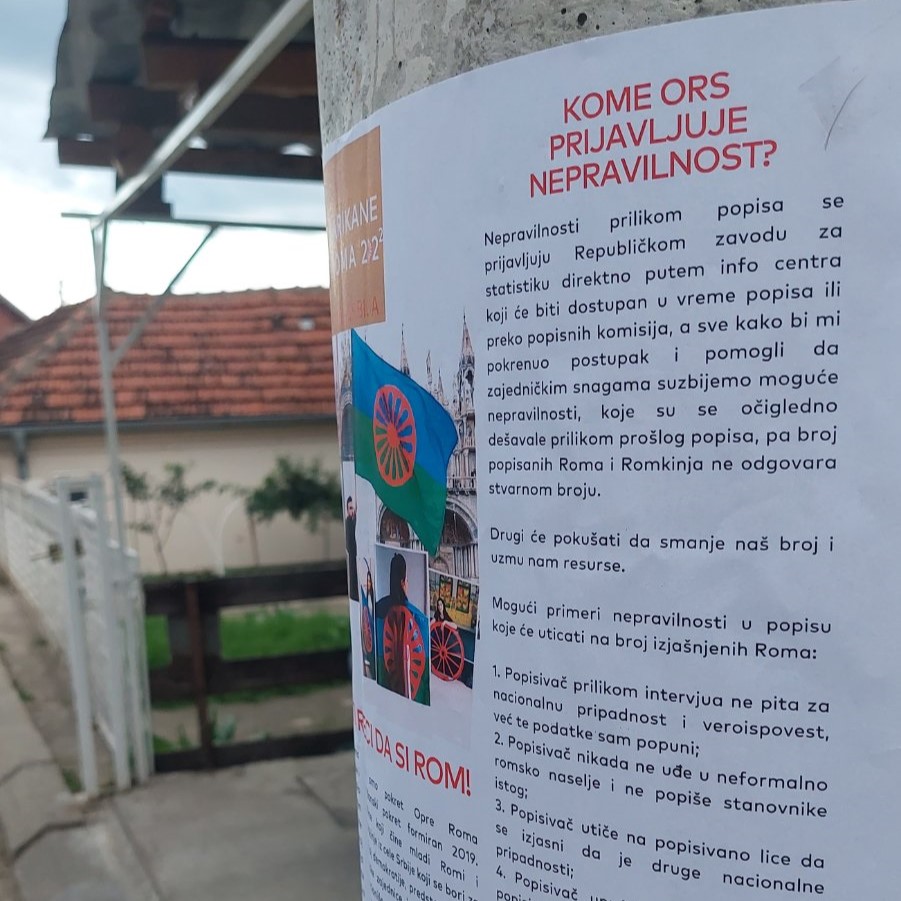