Held each year on 2 August to remember the Roma victims of the Holocaust, this year the organisation marked the occasion with a speech from team member Vanesa Facunová, who spoke about the importance of remembering the events of the Second World War and sharing stories of resistance. Following the speech, those in attendance marched to the Jewish cemetery in Zvolen, carrying the Romani flag, where a wreath was laid, candles lit, and a minute’s silence held in respect for the dead.

The cemetery in Zvolen has special significance for the local Roma community. With hundreds of Roma losing their lives to the firing squads of Nazi-Germany and its allies in the district of Zvolen, many Roma were buried in mass, unmarked graves in the cemetery. Later, when the bodies were exhumed, local Roma were able to identify their loved ones. Today, a memorial plaque with the names of those Roma who died is placed in the cemetery.

Besides these commemorative activities, a series of “Roma Remember” billboards were erected across the capital of Slovakia in Bratislava to raise awareness of this annual day of remembrance. The billboards were created with the support of Proud Roma Free Europe and the European Institute of Arts and Culture (ERIAC). 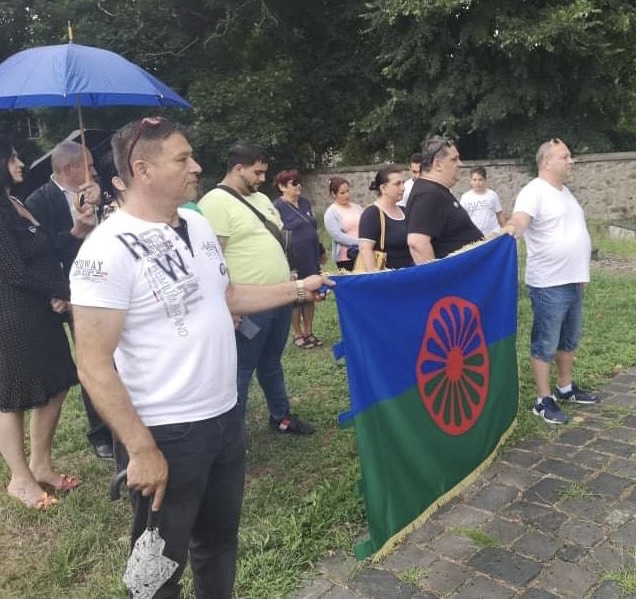 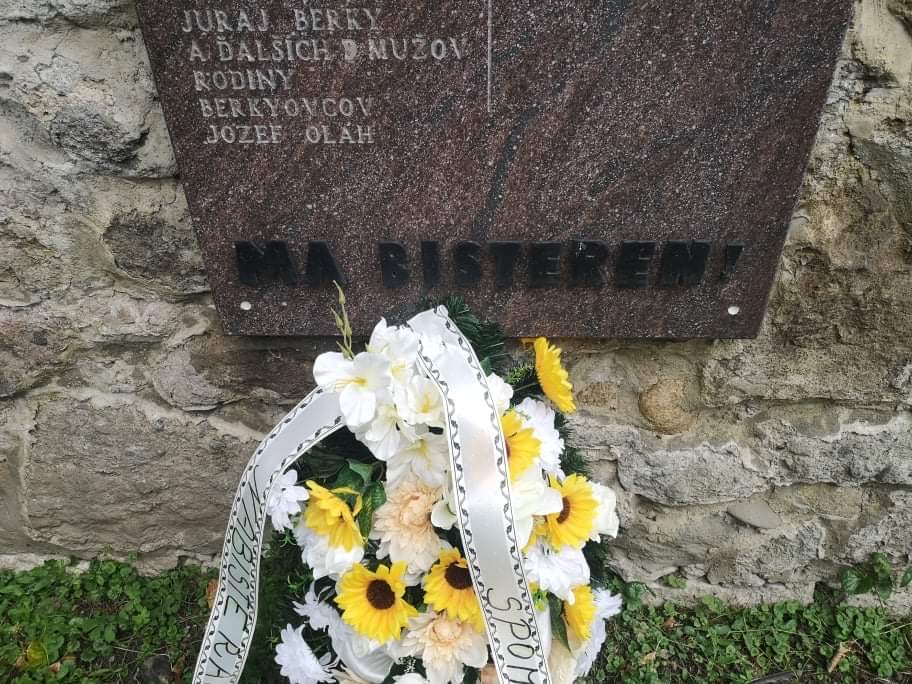 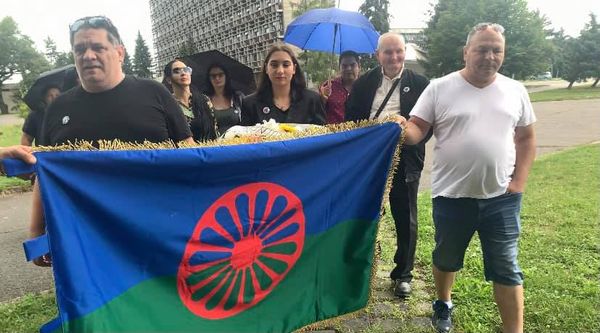