North Macedonian civic organisation Avaja, supported by The European Roma Institute for Arts and Culture (ERIAC), in the framework of the Proud Roma Free Europe campaign, conducted a national outreach program targeting the country’s Roma community to encourage their participation in the national census. The campaign, which culminated on 30 September, was further supported by the Open Society Roma Initiatives Office (RIO) and the Roma Entrepreneurship Development Initiative (REDI).

Across most European countries, a national census is held once every decade, which serves to provide critical data on the demographics of its citizenry. Censuses are an essential tool for allocating resources to various causes, initiatives and communities by governmental and non-governmental organisations alike.

This year marked the national census in North Macedonia, where the last census took place two decades ago. This made 2021 a crucial year for providing an up-to-date picture of the North Macedonian population.

Historically undercounted, the accurate counting of the national population of Roma is essential for advancing the socio-economic and cultural position of the minority in the country.

Focused on strengthening Roma identity and communicating messages of Roma pride, the impactful outreach campaign featured a host of engaging online and offline activities designed to encourage civic engagement with the support of Roma activists, scholars, artists and other experts.

In terms of online activities, both partners shared rich, informative content across their channels to keep Roma communities up to date on all information related to the census. From the importance of participation to when, how and where to participate, the social media feeds and websites of Proud Roma Free Europe and Avaja were filled with original articles, images and messages to ensure as many Roma as possible declared their ethnic identity proudly and freely. The channels also proved critical in keeping authorities accountable for conducting a free and fair census, with numerous reports of irregularities received and shared on the data collection process.

Highlights of the partners’ online engagement included the launch of the Barvalipe Talks series, in which academics and other experts address historical and cultural topics of relevance to Roma. From discussing Roma language and literature to the future of art, the debates were streamed online for free and sought to communicate the strength of the Roma identity.

Another key highlight of the online campaign was the launch of the ‘Be proud like us’ census campaign video. Demonstrating the community’s diversity, ordinary Roma shared their messages of pride and togetherness despite their differences, making for a beautiful, impactful and inspiring video. A second follow up video communicating similar messages of pride was also launched, with the title, ‘What makes you a proud Roma?’

According to preliminary results, the census shows a decrease in the population of around 190,000 compared to the previous census in 2001. In total, 1,832,696 people are said to have been counted across 568,175 households and 837,225 apartments. Data on the specific breakdown of ethnic minorities in the country is not yet available. As soon as they are known, Proud Roma Free Europe and Avaja look forward to sharing the latest census data on the number of Roma counted in the country. 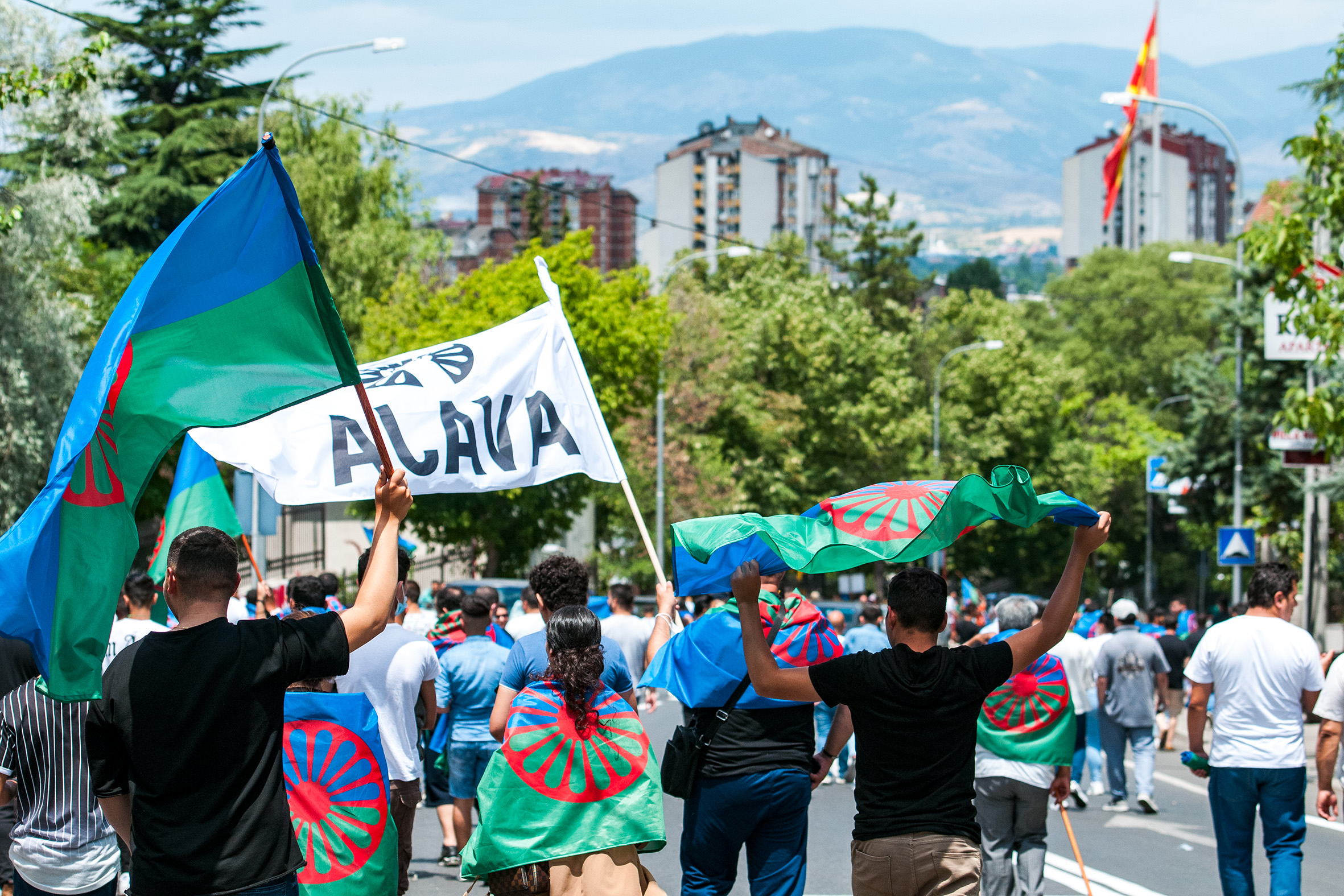